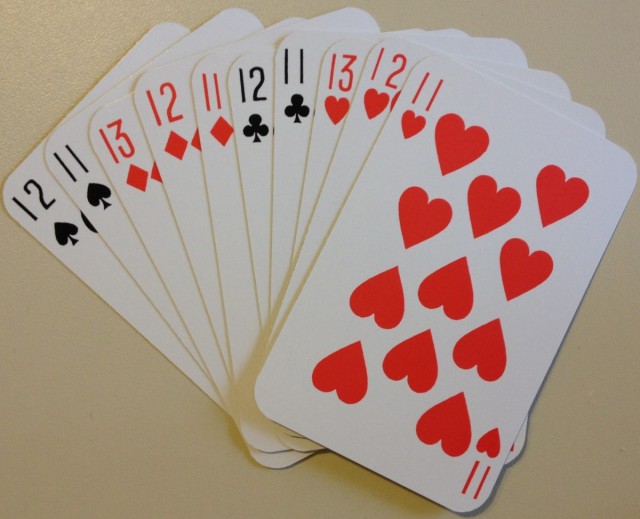 Abstraction – 2 Players with a Deck of Cards. 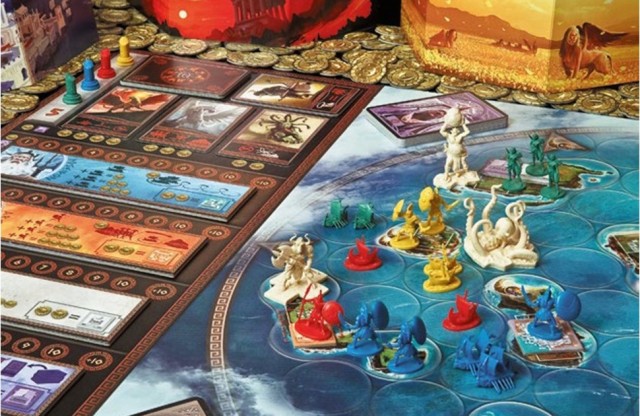 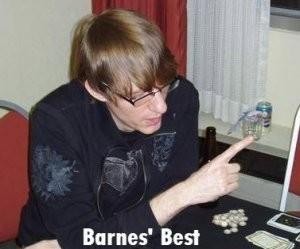 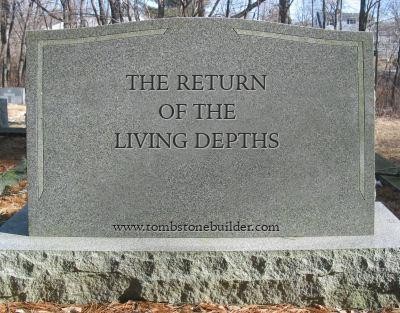 Return of the Living Depths: The Best of the Bottom of BGG Rankings 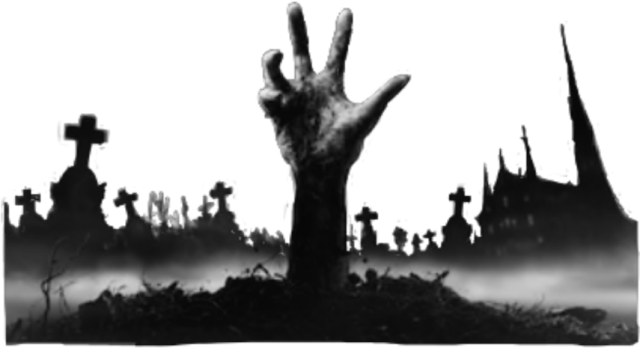 From the Depths: The Best of the Bottom of BGG Rankings 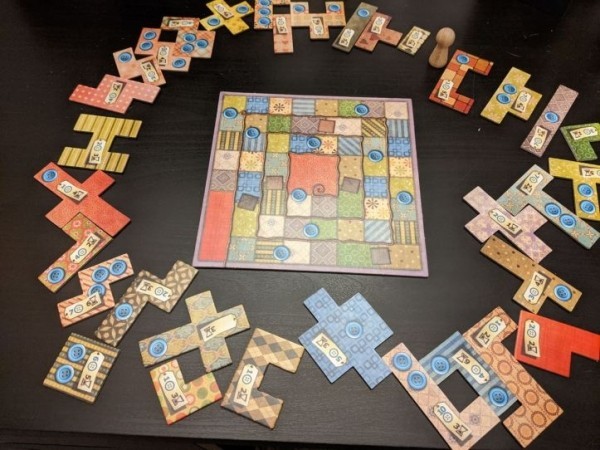 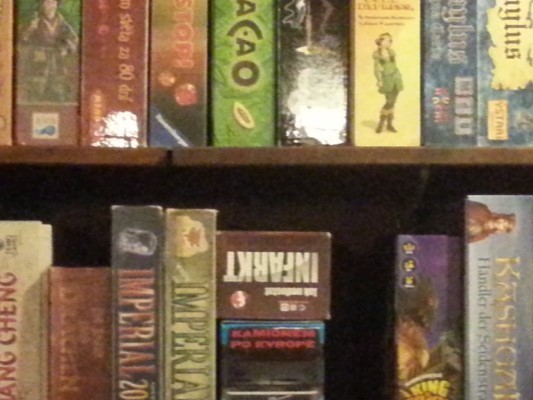 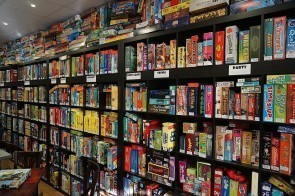 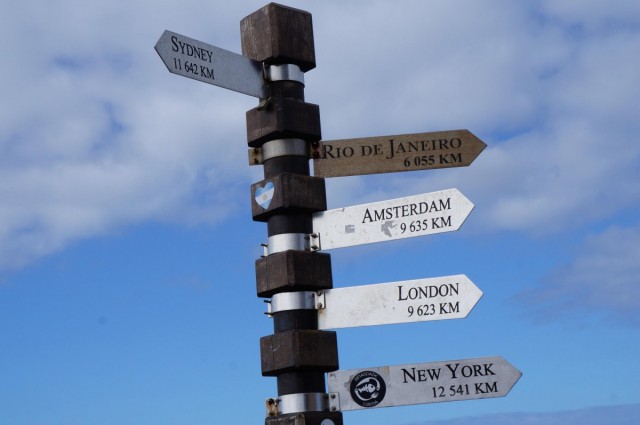 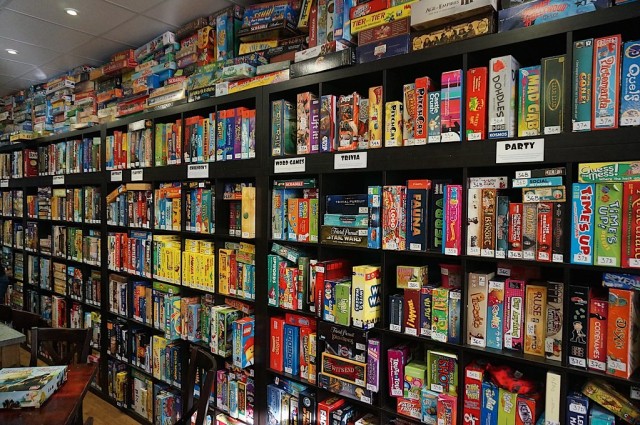 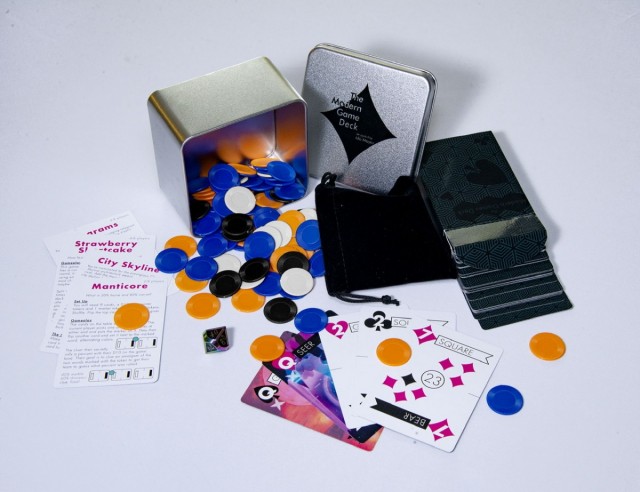 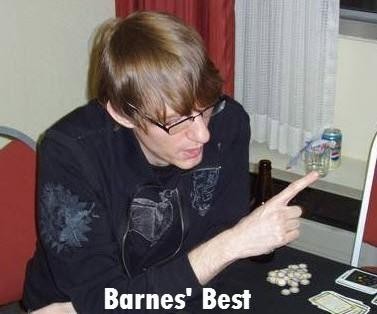 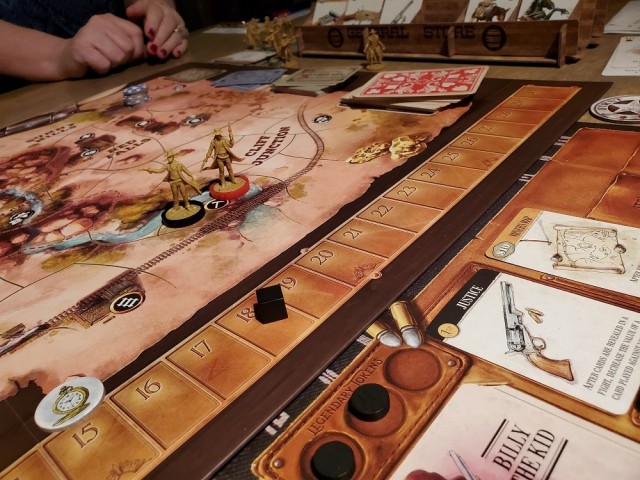 My Woefully Inaccurate and Wholly Incomplete Best of 2019 Guide 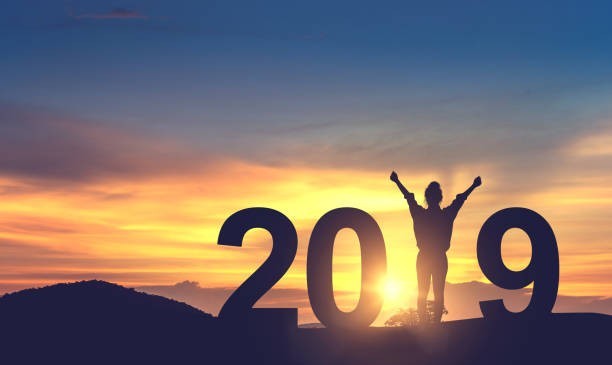 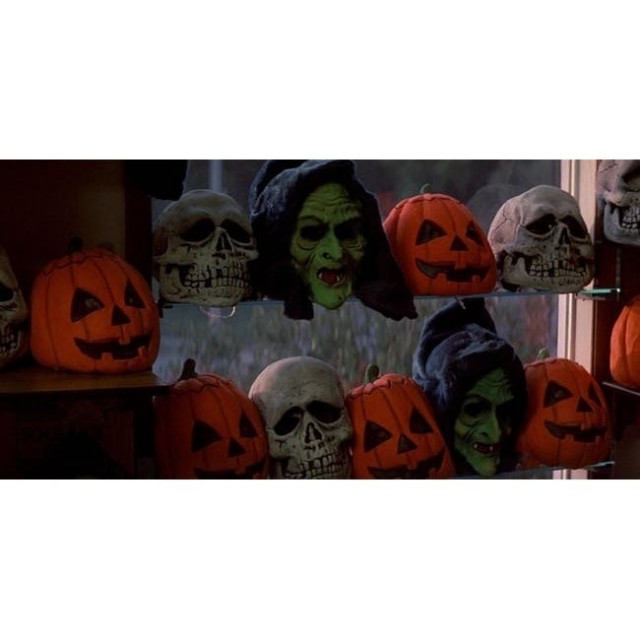 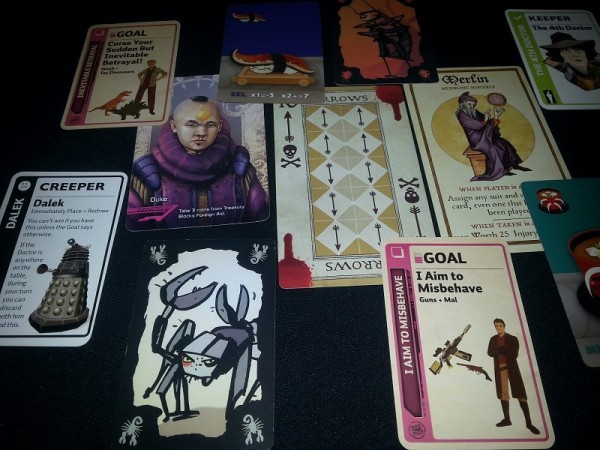 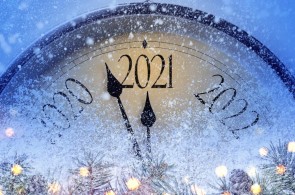 It doesn’t take a feature piece to tell you that 2021 has been a bad year. No. But perhaps unsurprisingly it’s also been a bad year for board games, with all that badness rubbing off on the designers and publishers along the way. Turns out a pandemic rolling ever onward like the rock of Sisyphus saps the creative juices. Who knew?

On the other hand, the lack of real standout releases doesn’t mean it’s a write-off, either. Plenty of fun has been had with the titles we’re about to run down. There are also some likely looking games that didn’t hit the table for various reasons: Ankh and Sleeping Gods; Destinies and Canvas. The latter will come my way next year but as for the rest, well, you can’t play them all. I did try for a long time but, like We’re Not Wizards, it just made me tired.

Best New To Me Game That Was Actually Released in 2020

This sat in shrink on my shelf until the movie came out. And for my money, it’s way better than the movie, which I was indifferent to. What makes it work is a blend of deckbuilding, area control, worker placement and conflict resolution that’s so seamless it feels like something far more innovative than it actually is. But just because it’s a little derivative doesn’t mean it lacks in challenge or fun and the blend makes you approach it in novel ways. Its chief fault is that among all the genre-blending they kind of forgot to make it a Dune game, outside of the art and flavour text.

In the rush to make Euro games deeper and more complex, designers and players seem to have forgotten everything that made them so much fun in the first place: accessibility and interaction alongside solid mid-weight strategy. Well, it’s back in the form of Furnace, along with 1999’s most popular mechanic, the auction. Furnace adds a fun “compensation” for losing bids which sounds like a tiresome prop for weak players but its great twist is that you often want to lose bids as compensation is a key way to get resources, making the auction into a truly vicious melee. The second part where you try and optimise your new cards and resources into the best production line is less interesting, but still a fun puzzle.

Best Party Game For People With Steadier Hands Than Me

Big Potato might have hit the Big Time with this extraordinary blend of party game, choose your own adventure and dexterity sport. You pick one of three storylines, work your way through the paragraphs on the cards and attempt challenges based on an imaginative array of flicking, balancing and shape-sorting tasks that evoke the activity you’re trying to complete in-game. If that sounds like a weird mishmash it kind of is, and that’s its main fault, but it’s still lots of fun for all the family and, oddly for a party game, solitaire, too.

A long time ago I joked that some games felt like competitive puzzle solving under a time limit, but I’d never have imagined that competitive puzzle solving under a time limit could be so much fun. Because that’s what Bullet♥︎ is, an attempt to arrange and move pieces on a grid to fit patterns that allow you to - and this is the doozy - dump them onto the grid of the poor schmuck next to you. It is ridiculously stressful - and transparently a puzzle, too, without the nuance of strategy - but the dopamine hit for clearing those big combos is incredible.

Best Expansion If You’re Obsessed With The Base Game

In some ways, I’m loath to give this the award because to get the most out of it, you need both the original Undaunted games and a desire to play it solo. But if those things are true for you, like they are for me, it’s a revelation. The work that’s gone into this is extraordinary, with AI routines to follow based on the scenario being played, resulting in perhaps the most lifelike and convincing bot opponent you’ll find in cardboard. There’s also tanks for Normandy, some new unit cards for both sides and scenarios in which to use them. But trust me, it’s the solo play that’ll sell this, or otherwise.

A half-dozen games or so of Oath under my belt and I’ve had a great time with it but I don’t feel like I’m any closer to understanding why I’ve come last in every one. And that’s really Oath in a nutshell: it speaks of a game that’s so left-field, so creative that it posits a new puzzle even in an age where every avenue of gaming feels tired and exhausted. Which is great in theory, and very much worthy of praise, but it has a nasty habit of leaving you feeling stupid and frustrated, and no one likes to feel stupid and frustrated. The result is a game I admire from a safe distance more than enjoy, and it’s so easy to admire with its beautiful components alongside its innovative gameplay. But for a title where there can be no doubt that the theme of dynastic history is brilliantly evoked front and centre, I wish it felt more emergent and accessible.

The fact that I’ve put a family weight puzzle game on top of my 2021 list is a testament to the general weakness of the field. At least I hope it is, rather than old age killing my brain capacity to deal with more challenging fare (see Oath, above). But for all that, Cascadia has this weird addictiveness that’s normally reserved for deeper or more interactive games. It’s so, so easy to learn and set up and play and end up thinking that if only you’d picked a fox over an elk that time you’d have bagged the points for first place! Except in the next game, the scoring cards have changed and it’s all about salmon and bears instead and for all the simplicity the variety seems endless. A colossal list of challenges, achievements and variants in the back of the rulebook makes it seem even more endless. It’s great solo, too, but runs too long with four.

sornars replied the topic: #328932 20 Dec 2021 07:38
An interesting list! After our games of Oath I was really looking forward to your review to hear your thoughts more fleshed out, I'm guessing I might be waiting for that review for a long time

I love auctions and the twist about second place getting more than first place seemed like a great twist but the engine running part of Furnace looked like the opposite of fun. The standard game looked like it backloaded analysis into a very slow endgame and the fixed sequence variant looked like it brought it into the front; neither one looked like a good time.

I'm a big fan of the aesthetic but the tile laying games of Cascadia and Calico looked a bit too abstract to be a hit in my house. In terms of solo play I'm not a big fan of high score type modes.

sornars wrote: I'm a big fan of the aesthetic but the tile laying games of Cascadia and Calico looked a bit too abstract to be a hit in my house. In terms of solo play I'm not a big fan of high score type modes.

Ah, but that's one of the things that makes Cascadia stand out: played solo it's not about the high score at all, but working your way through the solo achievements. There are 15 of them, and they challenge you to make a score threshold with increasing numbers of hands tied behind your back. Some of the later ones modify the basic rules in small, interesting ways. It's a great idea, and very well realised.

That said, no argument that it's an abstract dressed up in nice art. And the fact it drags a bit with 4 does highlight its shortcomings.

Appreciate your thoughts and writing, Matt.

charlest wrote: It's funny how different reactions and preferences can be. For me, this is one of the best years in recent memory. I could make a top 20 and it would feel like I'm not stretching.

I'll be interested to see your list if you make one. It may be that among the games I've missed, which I listed at the start, I've just missed the real gems: you're a fan of Ankh, for example. I've also got Dune: Conquest & Diplomacy here, unplayed which might make the cut.

It may also be that I've become very jaded. I know you liked Overdrive which was fun enough but honestly, if you want a miniatures battler, I've got a half dozen better games on my shelf already in that genre, maybe more.

OverDrive wouldn't make my top 20, probably top 30. I think it's pretty good, but it's not even Mantic's best game this year (Deadzone 3e).

thegiantbrain replied the topic: #329050 27 Dec 2021 04:05
Interesting list. I feel the same way about Oath at the moment. Need to get a lot more plays under my belt before going down that road.

Shellhead replied the topic: #329054 27 Dec 2021 16:09
I haven't played Oath yet, but I have played a few games of Root. Assuming that Wehrle's design technique hasn't changed significantly, maybe the problem is that some players perceive a thematic disconnect between actions they take and what they represent. The game might produce thematic effects, but that disconnect makes it harder for those players to see what they should be doing. I had a couple of other issues (programmed faction strategies and the sense that you are playing a completely different game than your opponents) with Root that don't seem relevant to Oath, so I do look forward to trying Oath.