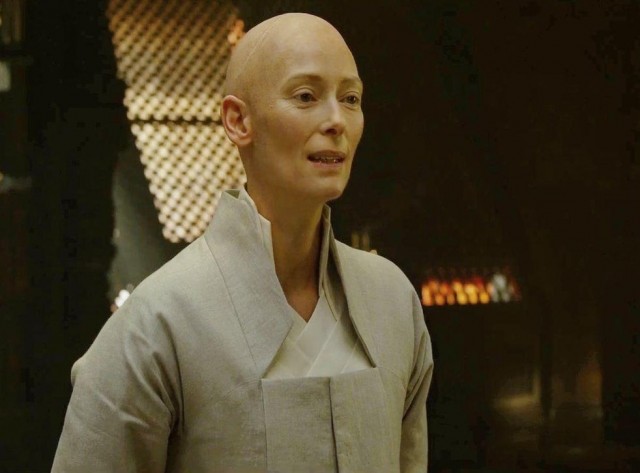 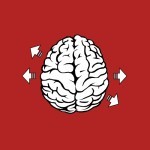 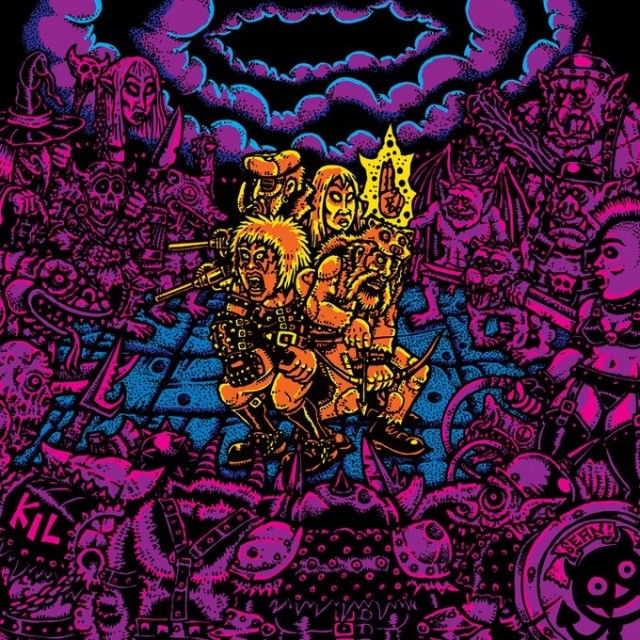 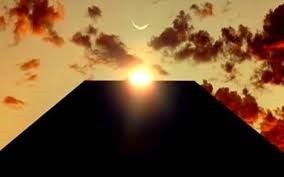 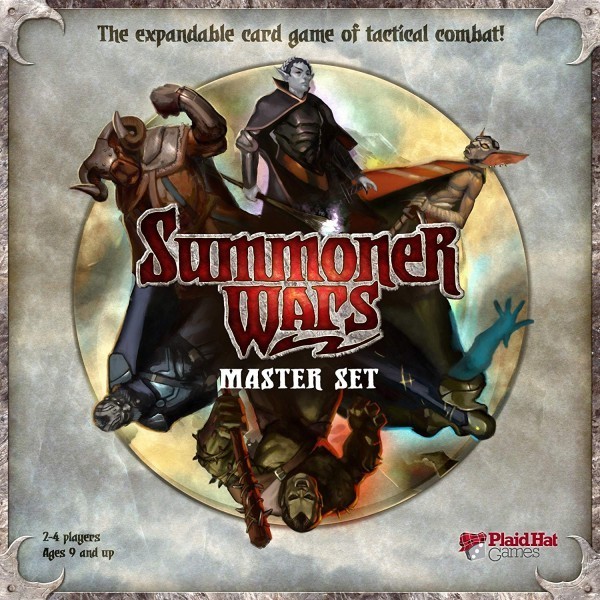 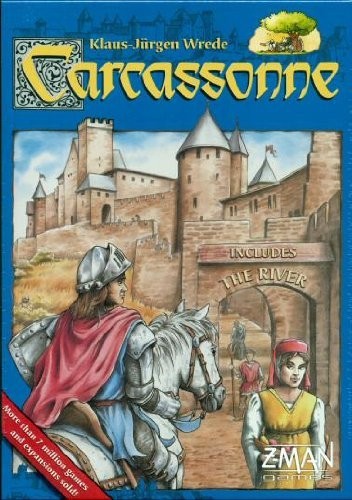 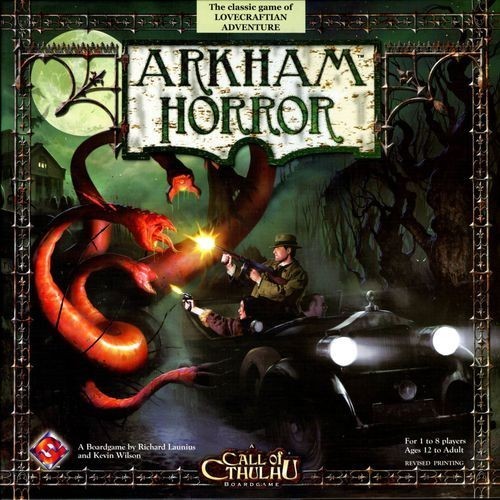 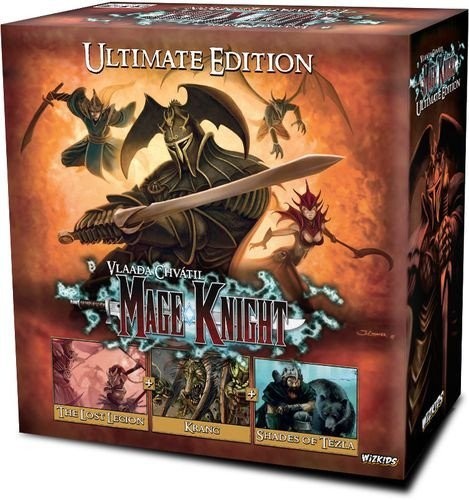 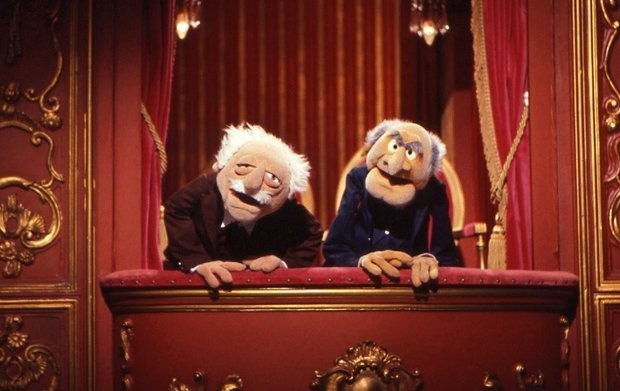 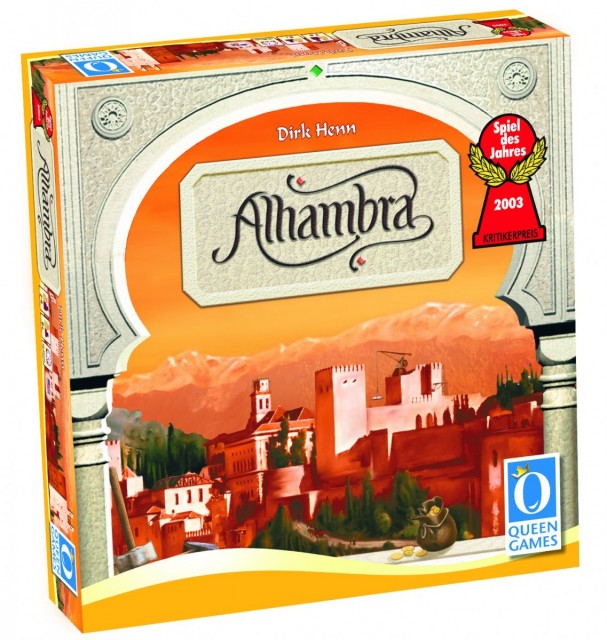 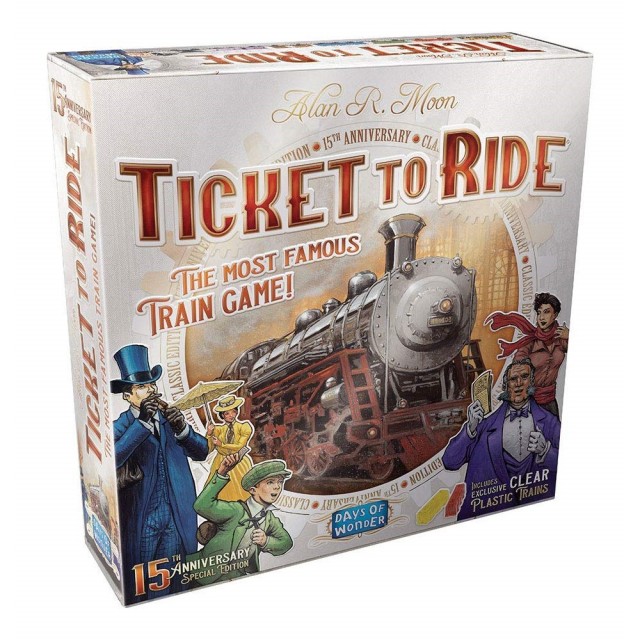 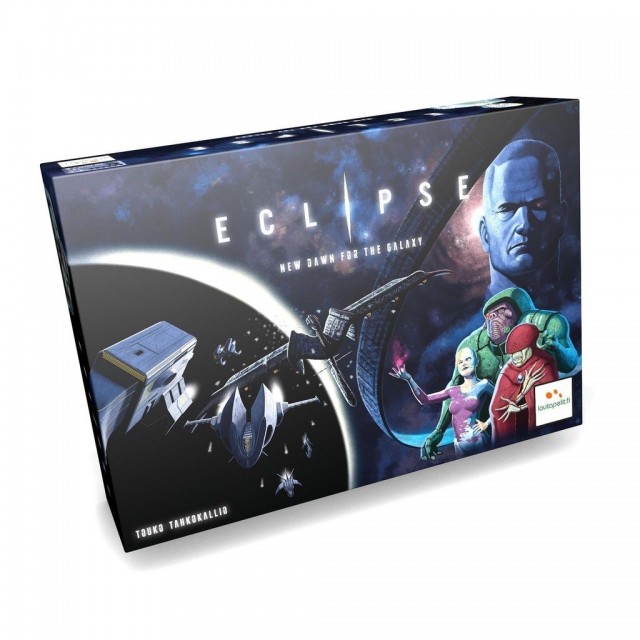 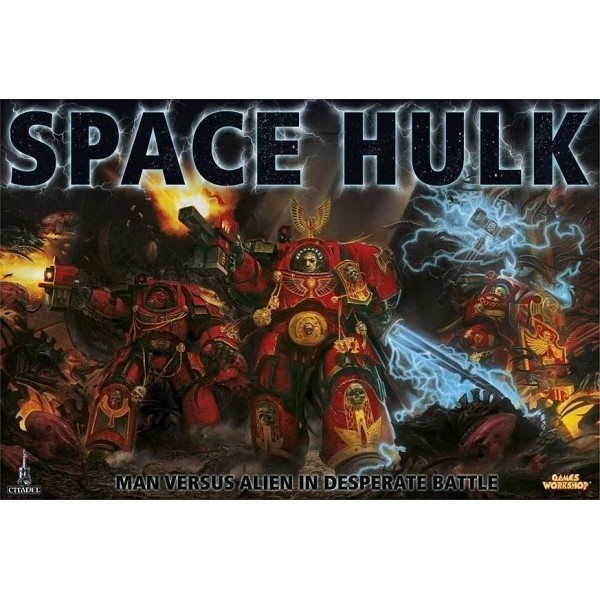 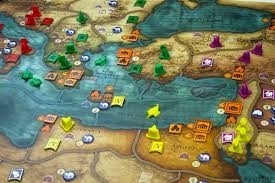 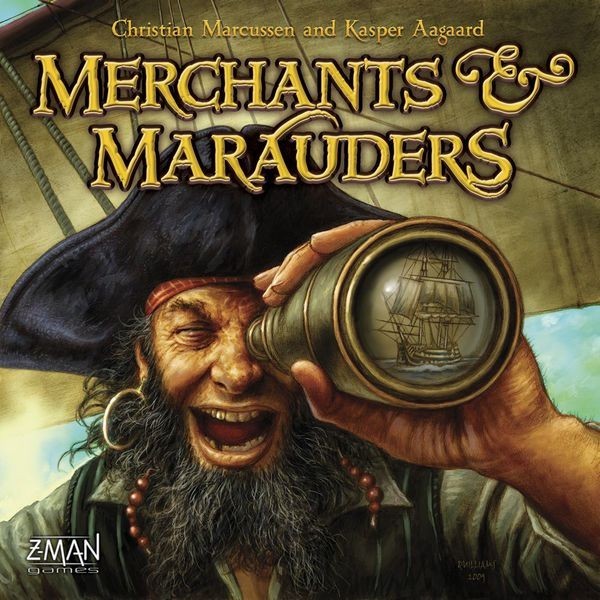 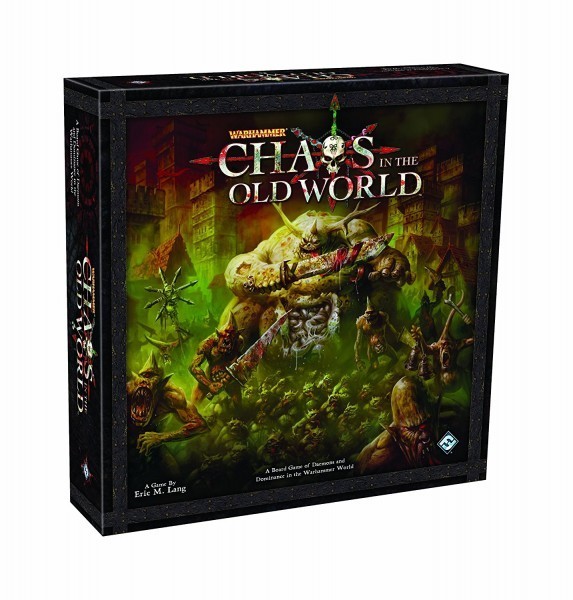 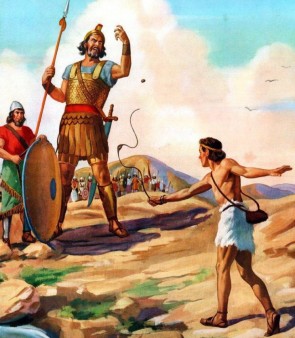 It’s time for another article inspired by a Twitter conversation, you know how I love these. Recently I posted about the Stellaris: Infinite Legacy Kickstarter, a big box adaption of the much loved computer game 4X.

"This may be peak 'backing because of the name'. There is no playthrough, no rules, no preview video. I am kind of worried this is doing so well. Maybe it will be great, but do you really know what you are backing?" - Original Tweet

I was surprised at how much money was being pledged considering that we know almost nothing about the game. This is not going to be about the dangers of hype, though I do think that is worth talking about. No we want to think about this reply instead from Paul Wilcox:

"So how do genuinely small independent publishers compete with these glossy, ott campaigns?" - Reply

I said then that I would think about it more, so this is me doing that out loud. Kickstarter (other crowdfunding options are available) as originally envisioned was a place for small companies, independent publishers, and one person outfits to make their dreams a reality. Over time it has, as with all successful endeavours, attracted the attention of bigger companies who can see the benefits in using the platform to take some of the risk out of their products. There is nothing fundamentally wrong with this, though I can understand the frustration with this being the case.

What this means for tabletop gaming is that we have seen multi-million pound projects by big companies, that often have a tonne of miniatures and tokens wrought from purest gold. Quite rightly Paul asked ‘How do I as a small publisher compete with that?’.

My first answer to Paul bears repeating here. Don’t. That may sound a bit defeatist, but it is rare that a small publisher can take on the big guns and come out on top. You don’t have the flash, the marketing, or the heft to take on the CMONs of the world. Trying to do so will often result in disaster or you not succeeding to the level you wanted. Why would you put yourself through that?

Of course, there are exceptions to this piece of advice. When it hasn’t been true it is because the designer/ publisher in question has really embraced my next piece of advice. Sell yourself. That’s not sell up, or out, but yourself. You can’t compete in terms of size and marketing, but you can push your, and forgive the descent into corporate lingo here, “Unique Selling Point” (USP). 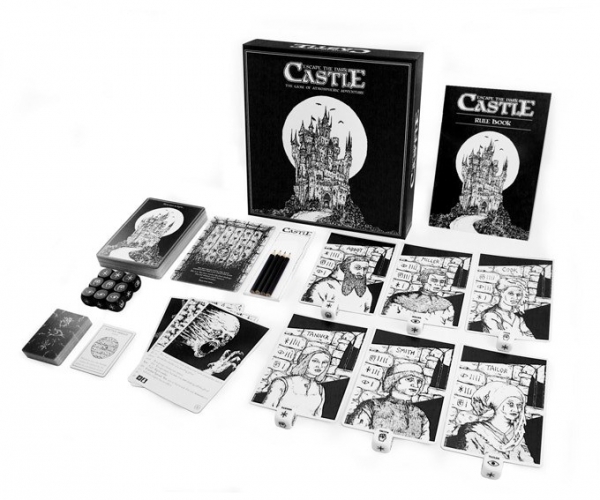 I mean, just look at this thing!

Deciding on this is a lot harder than saying it, and then actually doing it can be harder still. It could be the theme like Themeborne’s ‘Escape the Dark’ series that evokes the nostalgia of “choose your own adventure” books. It could be as simple as the size of your product, like Button Shy’s wallet games or the incredibly successful Tiny Epic series. Maybe a whole game system in a deck of cards like StuffbyBez’s Wibbel++ deck. Your USP can be almost anything, and is often a combination of factors.

Let’s dive into this a little more, as I really do think this is key to a smaller outfit making it in the modern boardgame wrld. Themeborne for instance really caught my eye with their attention to detail in paying tribute to the choose your own adventure books I loved in my youth. It brought me to their tables at Expo and I became an advocate for their simple and bold games. They have doubled down on this brand recognition with their follow up game and built themselves a niche in the tabletop scene. Smart move and this helps build a USP.

Bez is a force of nature on the UK scene and has an amazing social media presence that she uses to bring attention to lots of people and games in the community as well as her own products. She genuinely wants to help people out and in doing so builds an audience that advocates for her and the games they make. There is nothing phony or made up about her online presence and this helps her have a USP.

So here are a couple of great examples of different ways to build your USP. I would advise that you should avoid just saying what your USP is, actually show it. Don’t say your mechanics are ‘unique’ let me be the judge of that from what you show me. The number of campaigns I have been turned off due to the hyperbole of how unique, innovative, or groundbreaking the product is are too numerous to mention. Be honest about who you are, what you do, and the games you believe in.

Kickstarter is about the flash a lot these days, but running alongside that is a need to have a social media presence. This is my next piece of advice. Your audience should be built before you head to any crowdfunding platform, long before. Especially with a small publisher, people want to support you and see you succeed, they aren’t just in it for the product.

People will come to your project because they want to feel involved, to go on the journey with you. Twitter, Facebook, Instagram, Tik Tok, whatever you want to use there are potentially millions of people who want to see your project and follow along. A few of these will become real advocates for you and your company. I’ve seen crowdfunding efforts turn from failure to success on the back of a few vocal supporters. One of the things I have personally found is that it is better to focus on a small number of social media outlets rather than spread yourself thin, but your experience may vary.

Be honest, I’ve said that already but it bears repeating, and communicate well and frequently. Plenty of crowdfunding efforts fall foul of not being straight with their backers when they run into problems. A good Kickstarter is very much about communication and backers will be happier if they get regular updates, even if it is to say ‘everything is OK’. Sure it can feel like you are spamming people a little, but all the Kickstarters I have really seen blow up with frustrated backers, all have bad communication at the core of the problem.

I love small publishers, you know I do. I will always seek out the interesting, small projects over the big box games. I will always advocate for you if you have a cool project, even if it isn’t necessarily to my personal taste. I hope some of this advice helps, it is gathered from talking to designers and publishers and sprinkled with my own observations. I have a huge amount of respect for anyone who takes their game to crowdfunding, whether you fail or succeed. It takes guts to put yourself out there and I hope that some of this advice will help you make it where others have failed.

ubarose replied the topic: #322091 14 Apr 2021 14:45
"David and Goliath - Small Independent Publishers vs Slick Big and/or Mid-Sized Publishers and/or Popular IP Kickstarter Campaigns" was a bit cumbersome for a title.

fightcitymayor replied the topic: #322122 15 Apr 2021 07:51
A lot of it is expectation, but there is "success" to be had if your goals are modest. I'm thinking of small, mostly one-man-show type metal miniatures endeavors. They succeed by simply raising enough cash to get them to the next round of miniatures casting, typically only raising a few thousand $$$ at a time.

fightcitymayor wrote: A lot of it is expectation, but there is "success" to be had if your goals are modest.

Part of my aversion to Kickstarter is I feel like I'm talking to someone with their hand in my pocket to grab my wallet. So I go shields-up pretty quickly.

But there are campaigns that are reasonably priced and present themselves with dignity that let me relax and examine them in detail. In fact the three things I've backed, two games and one magazine, all had an appropriate level of humility and grace, and had set reasonable goals. I'm clearly in the minority, but I think there is a market out there for pre-sales that have a lower expectation for the number of purchasers and how much money to pull from each.

I almost wish there was a search feature for Kickstarter to not show the monster campaigns, maybe call it "Exclude Results with Jazz Hands".

Sagrilarus wrote: I almost wish there was a search feature for Kickstarter to not show the monster campaigns, maybe call it "Exclude Results with Jazz Hands".

If the phrase "every billionaire is a policy failure" applies then there should be an analog like "every million-dollar KS means you shouldn't have been on KS to begin with."

Sagrilarus wrote:
I almost wish there was a search feature for Kickstarter to not show the monster campaigns, maybe call it "Exclude Results with Jazz Hands".

Maybe check out the Indie Game Alliance . They have a page of their members current campaigns.

I often help people prepare for their Kickstarter campaigns, and one thing I always remind them is... Kickstarter did not eliminate the barrier of entry to the board game market/industry, it just moved it.

It is so important to keep in mind that no matter what you want to achieve with your campaign, you have to excel at communicating with people and marketing yourself.