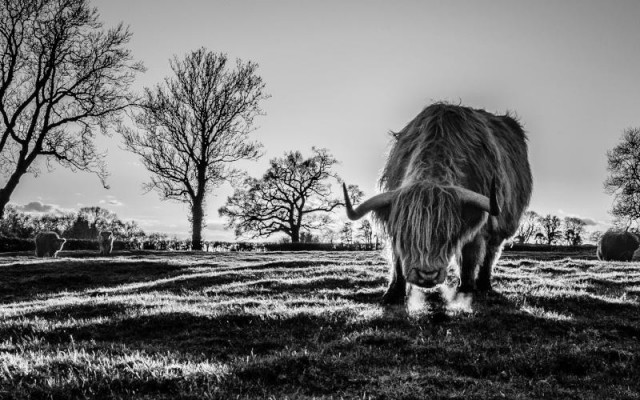 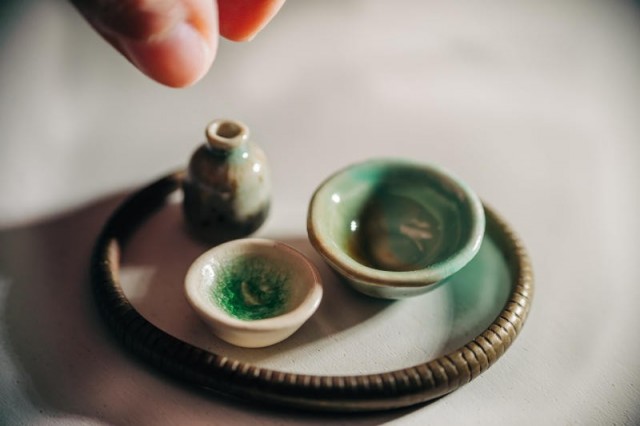 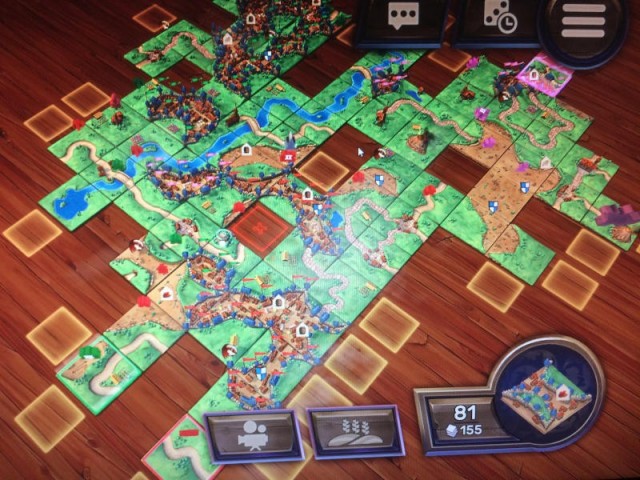 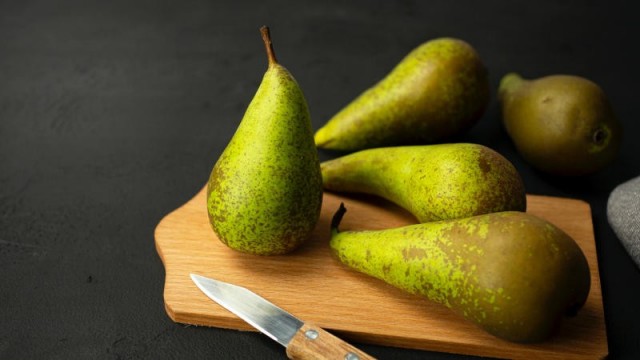 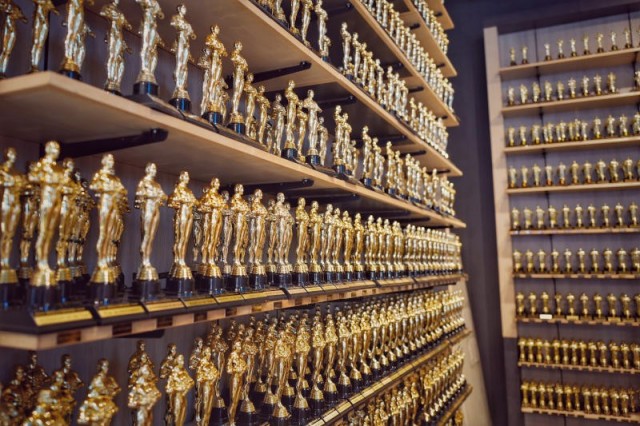 Above and Beyond - Customer Service in the Board Game Industry 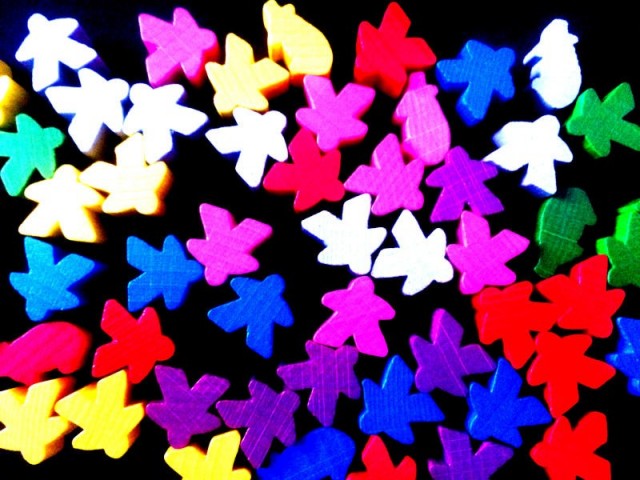 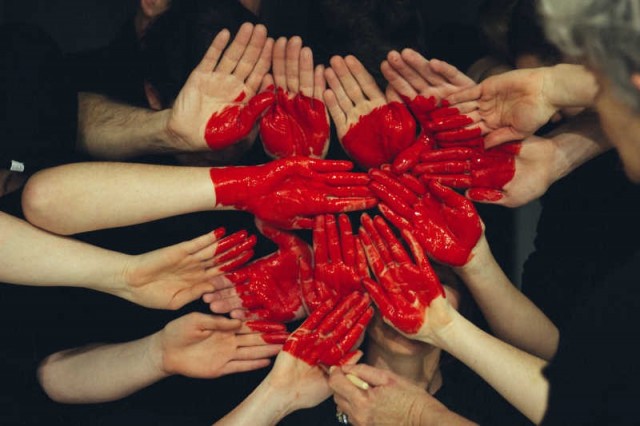 Spreading the Love...for Board Games 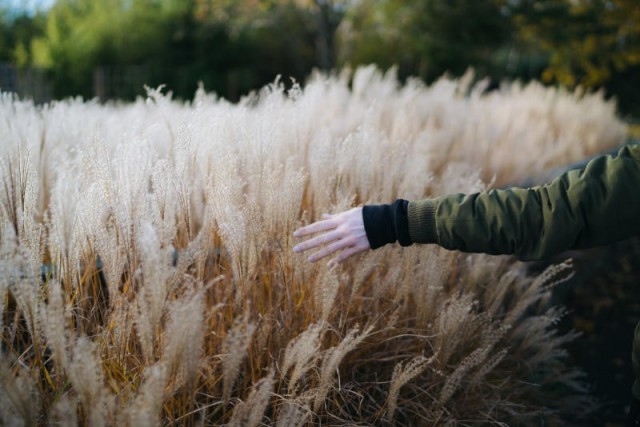 Feeling it - Board Game Components 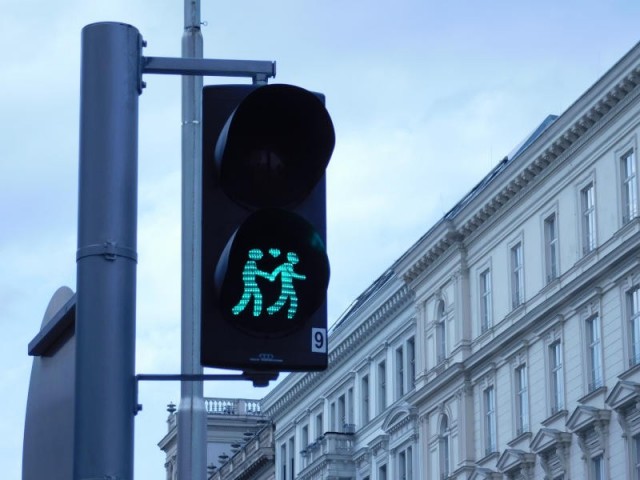 Go with it - Learning While Playing Board Games 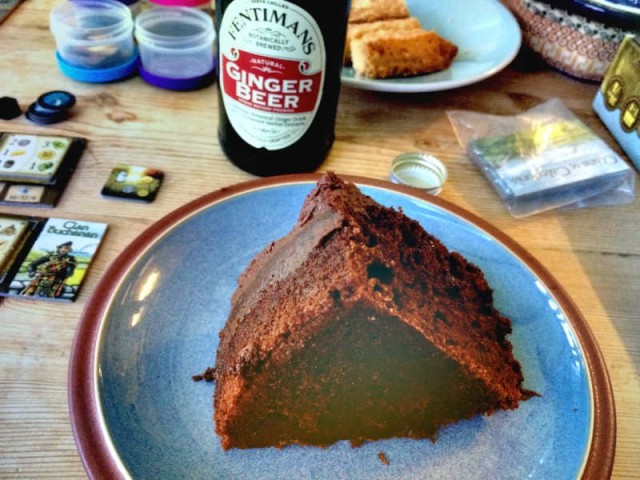 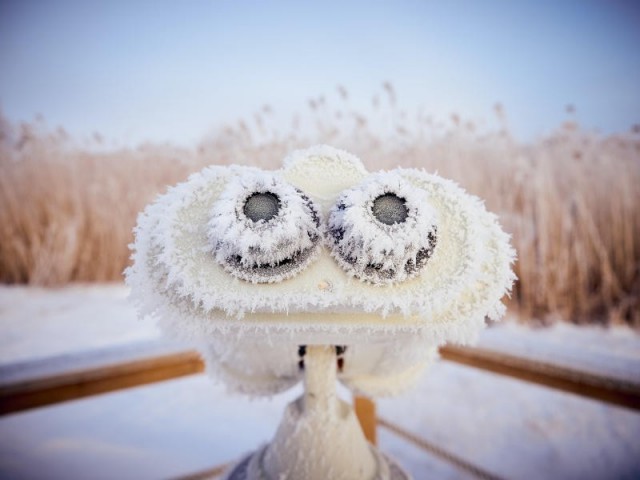 Dying of Exposure - When an Industry Expects Free Labor 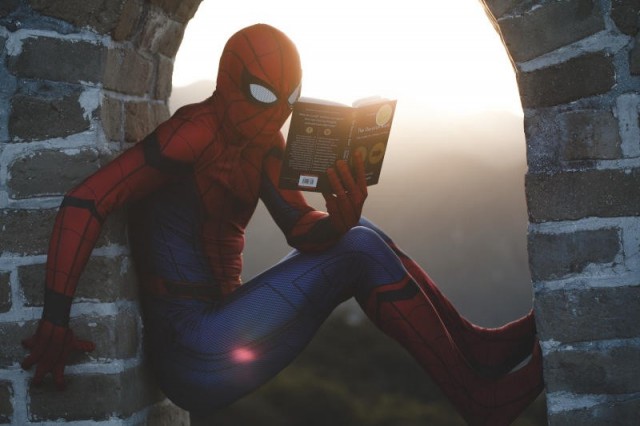 Storytelling in Board Games 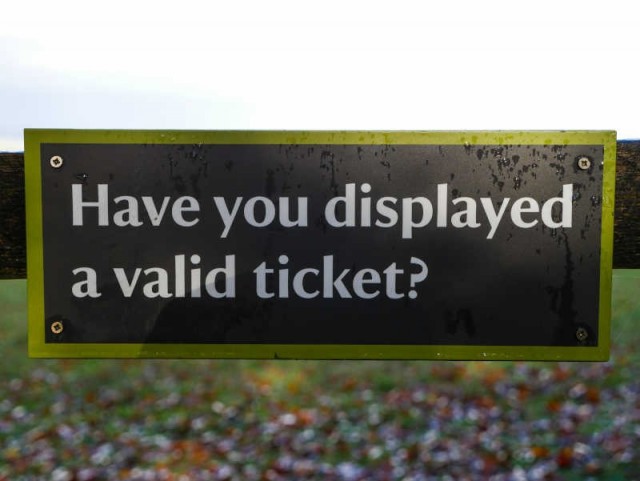 What is a Paid Preview? 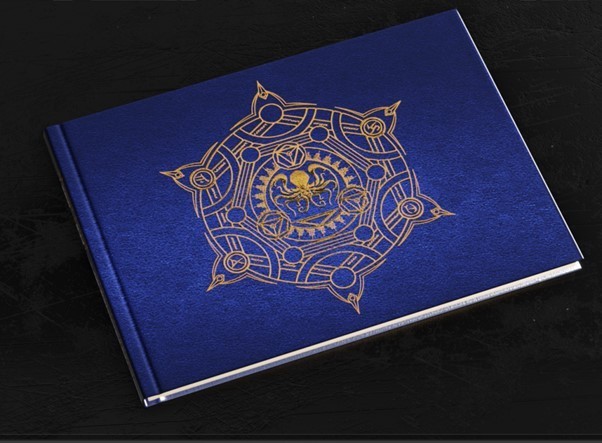 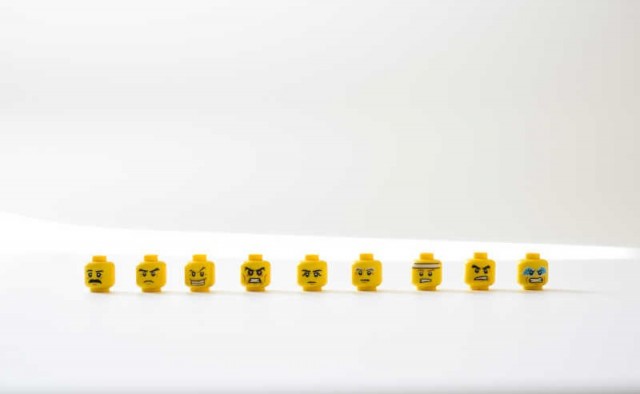 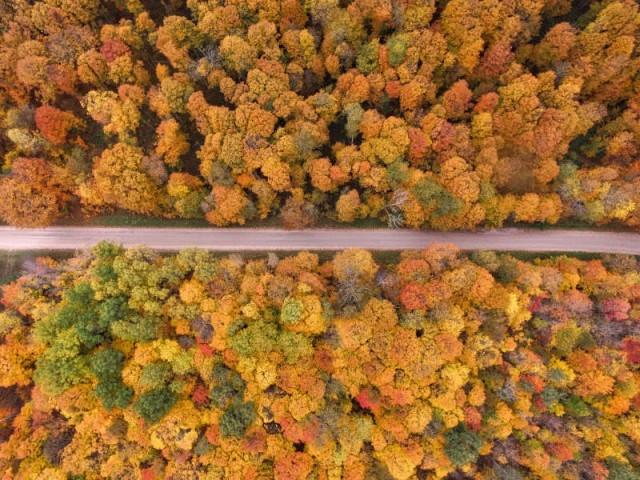 Divisions - Inclusivity, Representation and Diversity in the Board Game Community 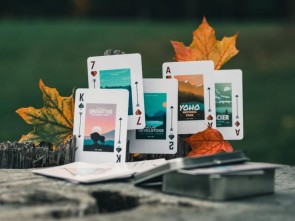 Card drafting, and other forms of drafting, can be found in a large number of games and takes many different forms. In this article, I want to describe drafting in more detail and look at the benefits and disadvantages this board game mechanism offers.

I think the very first time I came across drafting in games was in Citadels. In this form of closed card draft, the first player is dealt a number of cards, usually based on player count, for example, number of players plus one. They take one of the cards and pass the rest to the next player, who does the same, until every player has one card. You can have variations, of course, where double or some other multiple of the number of cards are passed around, so that everyone ends up with two, three or more cards each.

In this form of card drafting, the first player tends to have a benefit, because they can pick the best card, leaving less valuable cards to the second player, who can take the second-best card and so on. This first player advantage should be balanced out in some way, for example by ensuring the game lasts several rounds and the first player changes every round, so that everyone can be the first to choose cards.

A more balanced form of this draft is something you see in games like Near and Far. In this version, every player is dealt the same number of cards and everyone chooses one of them secretly, at the same time. Everyone then passes the remaining cards to the next player and chooses one of the cards they were handed. This continues until everyone passes the last card along. Everyone will pick the best card of the hand they were given, passing the lower value cards along. That means everyone should end up with a hand that's equivalent to everyone else, if you ignore the randomness of how the cards were dealt in the first place.

I think drafting is mainly about mitigating luck or rather bad luck, at least for the forms of drafting I have described so far. Without drafting, you might end up with a really bad hand of cards, while another player has a really good hand. When you introduce drafting, you can choose the best card of a bad bunch, but eventually will get the great hand that the other player was dealt, while the other player eventually gets to choose from your terrible cards, thereby evening out the element of luck.

I really like drafting for that reason, even though it can slow gameplay down quite a bit, as it introduces a separate phase to the game that is purely about deciding who ends up with what cards but otherwise doesn't further the core of the game. It's quite noticeable in Terraforming Mars, which will end up taking quite a bit longer if you play with the draft variant. However, I would never play the game without drafting, because how well you do is very reliant on the cards you're dealt. At least with drafting, the luck is evened out and nobody really ends up with the best cards all of the time.

There is another form of card drafting, the open draft, where there is a common pool of cards laid out face-up, from which players can buy or choose a card on their turn. It is also often known as an offer row and usually as soon as a card is taken from the offer row, it is replaced with a new card from the deck. The first player advantage is lessened here, because the new card drawn from the deck might turn out to be more powerful than the card that the first player chose, thereby giving the second player an advantage. In this type of draft, luck plays a much bigger role than in the first two forms of drafting I have described.

Splendor takes the idea of a common pool of cards a step further. While in most games the offer row is somewhere between 3 and 7 cards, maybe a few more, in Splendor there are three rows of four cards and different rows require more resources to be able to purchase them. Having so many cards on offer at the same time and it being open information about what cards players already have, means that players might intentionally buy a card that another player needs.

In fact, taking cards other players need is also known as hate drafting. It's not always an intentionally aggressive choice, but ultimately it is a choice based on what others want and not just on what you need. You do also find it in Terraforming Mars where you sometimes end up with cards that have no benefit for yourself, so you end up keeping a card that another player is likely to need and you know from the outset that that card will just be discarded, because you're not going to pay for it.

I think, overall, drafting is a really interesting mechanism that adds another layer of strategy and tactics to games. It's not just reserved for cards. You can draft other things as well, such as what faction you start with or your starting resources. Drafting does add an extra phase to a game, it does slow things down, at least to some degree, and it does feel like a mini game within the main game, but at the end of the day, it usually balances out the luck of the draw and gives players another thing to think about.

How about you? What games that use drafting have you played? Do you like drafting? I would love to hear your experiences, so please share them in the comments below.

mc replied the topic: #327131 12 Oct 2021 01:30
I'm pretty ambivalent towards drafting myself. I much prefer just dealing with a bad situation - provided the game allows for that to some degree; if I get dealt a shitty hand I get dealt a shitty hand. Fairness/balance isn't too important to me - but then again I don't play a whole heap of longer games where a bad draw can lead to a boring long drawn out game where you can't do anything. One game I do play semi regularly is Agricola, but I'd never bother to draft- 14 cards is enough to find something that works.

Of the types listed, the market row is the one I do enjoy. I think it doesn't feel like drafting - which, in those pass around situations you can still get unlucky on - it's a slow drip of stuff that everyone manages and it's just a different kind of assessment as to what you can afford the card or whatever.

oliverkinne replied the topic: #327168 14 Oct 2021 03:48
That's a good point, actually. Drafting is probably most important for longer games, if there is no way of dealing with a bad draw. I'm thinking Terraforming Mars for example, which I now always play with the draft variant. Thank you for your comment.

jason10mm replied the topic: #327171 14 Oct 2021 09:25
I like the drafting mechanic quite a bit but it tends to be EXTREMELY punishing to new players since you kinda need to know all of the cards in order to make a somewhat intelligent draft pick. Having a "first time play" predetermined set helps, but usually just leads to a somewhat vanilla play experience and if you keep having new players each game you will never unlock the full potential.

Something like 7 Wonders is simple enough in concept that I usually just have new players play a round or two "for funsies" to learn the concepts, then start over so I can play cutthroat.

Explaining "hate drafting" and how it can be CRUCIAL to the game is also important, folks inexperienced with drafting will often overlook that mechanic and let a savvy player runaway with a card exploit that more experienced players could/should easily counter.
Read More...