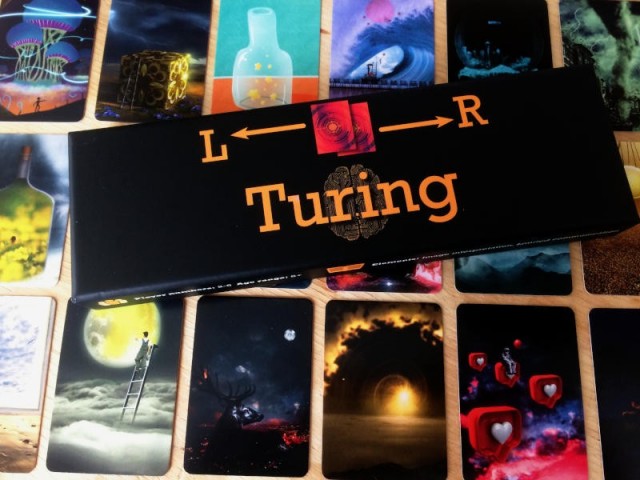 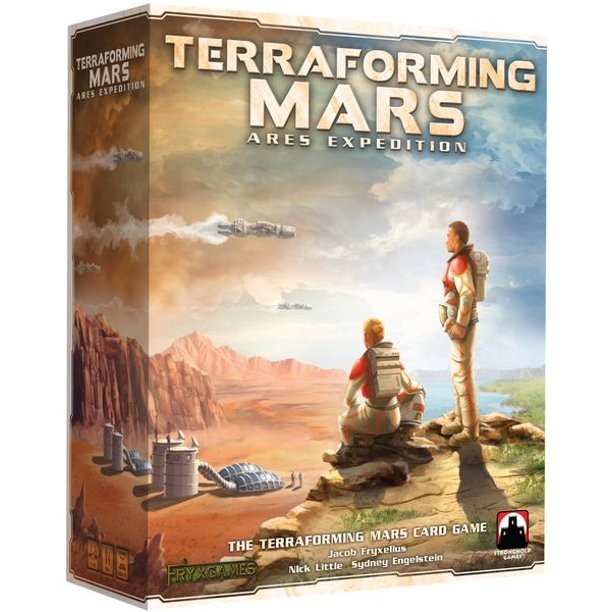 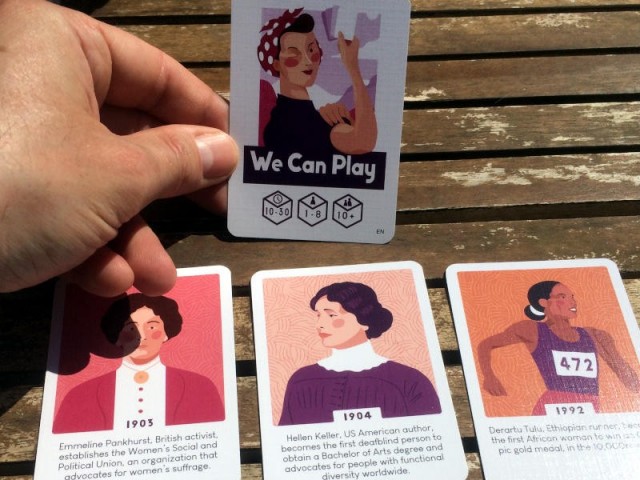 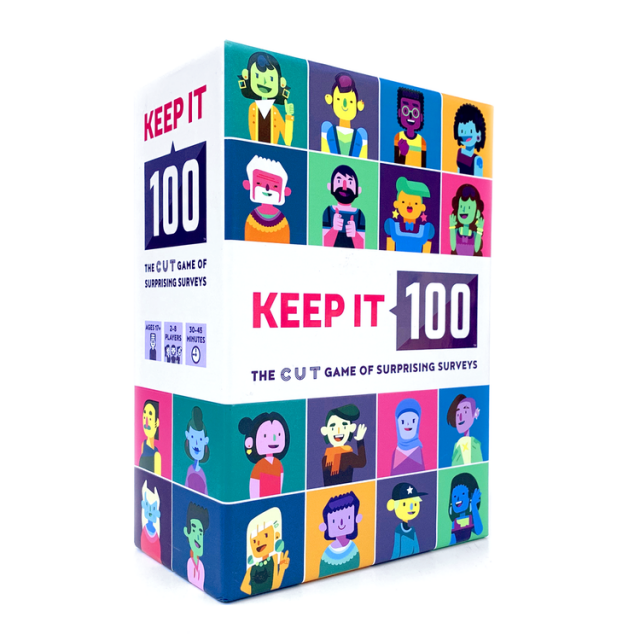 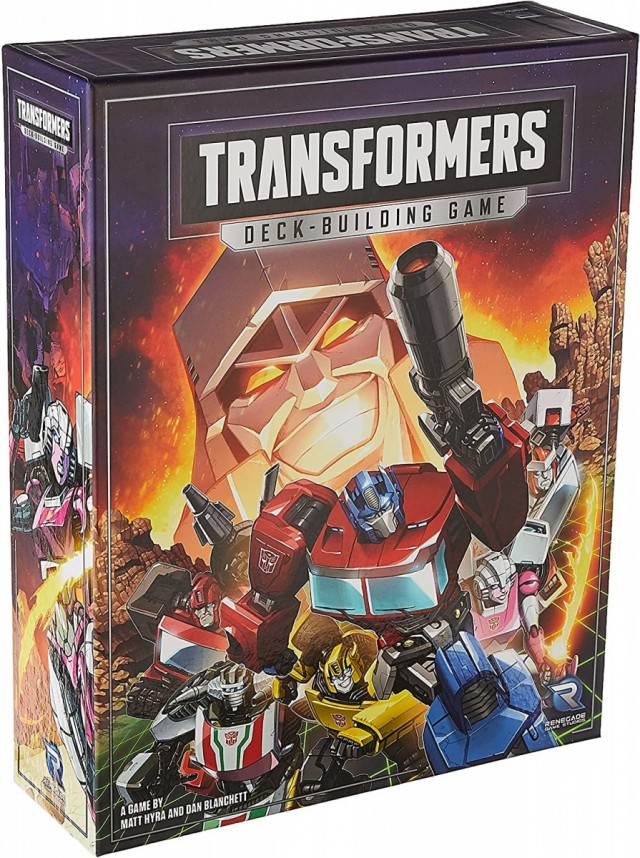 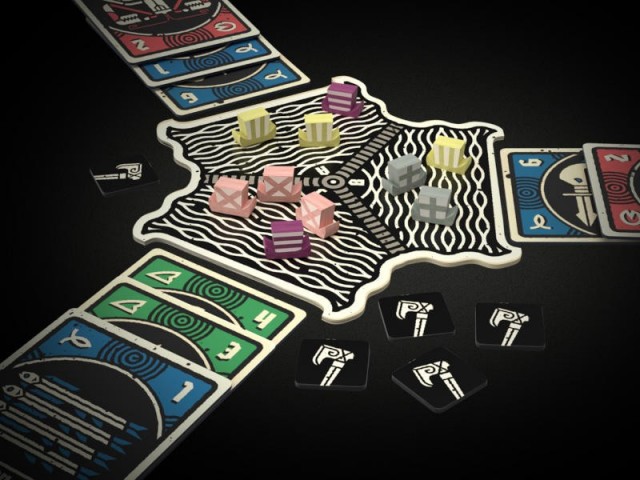 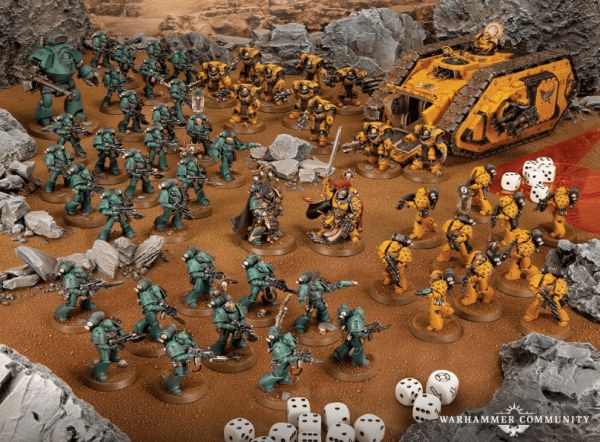 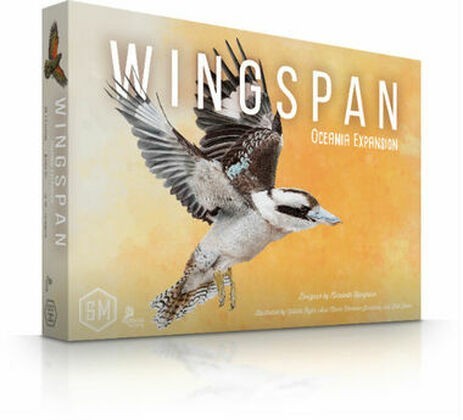 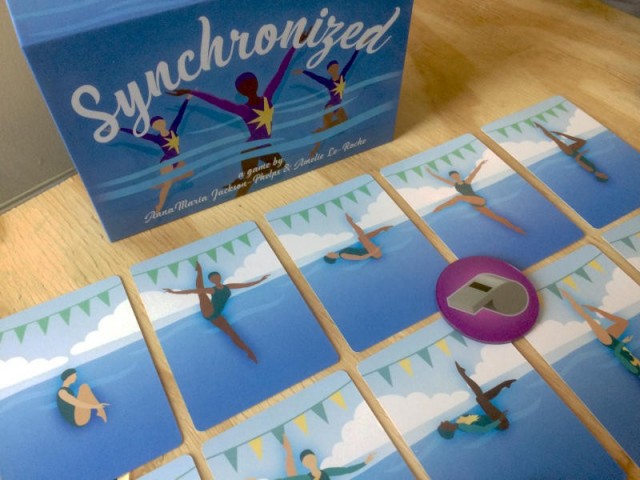 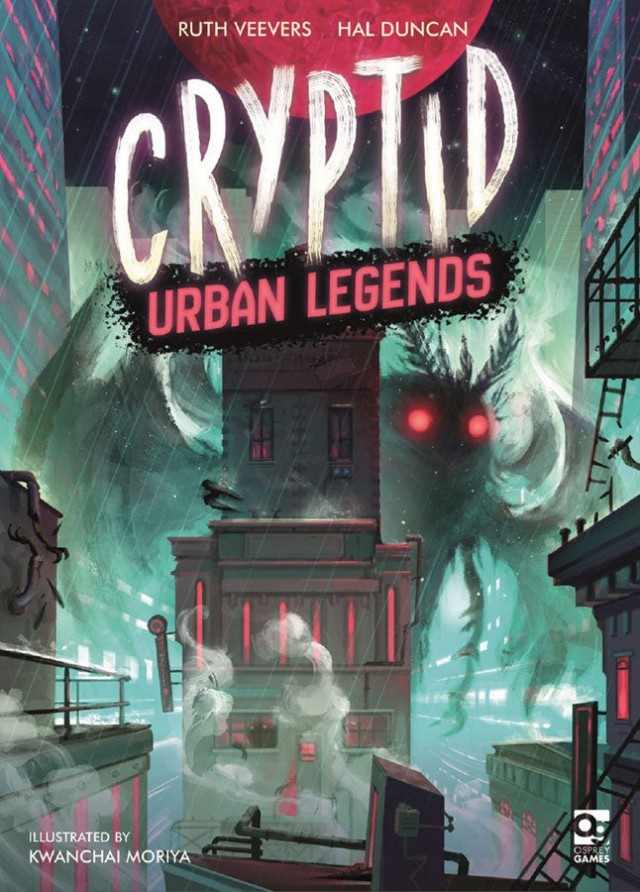 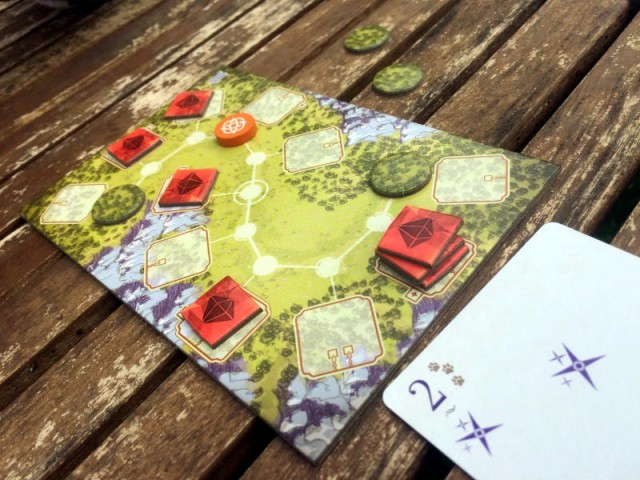 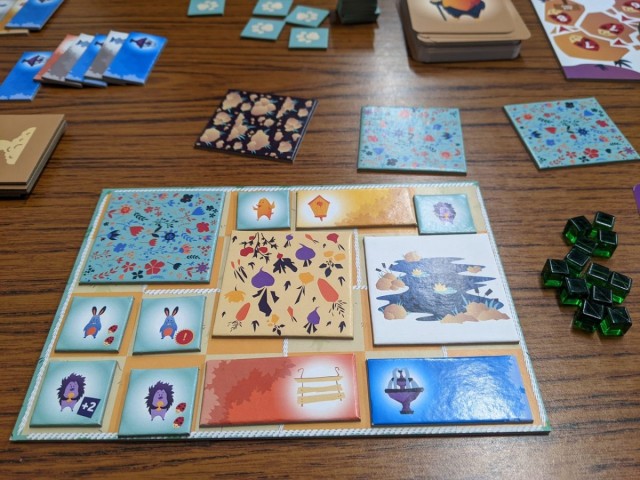 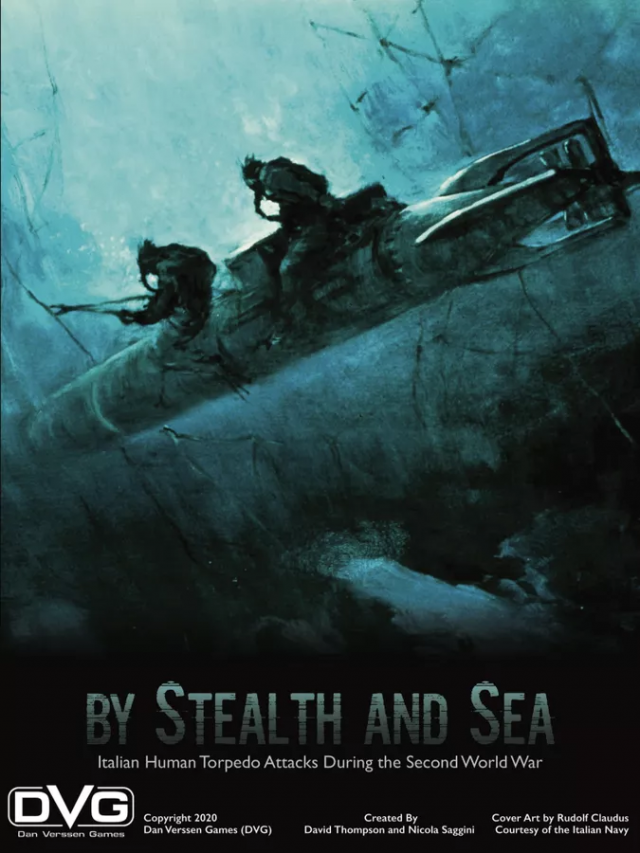 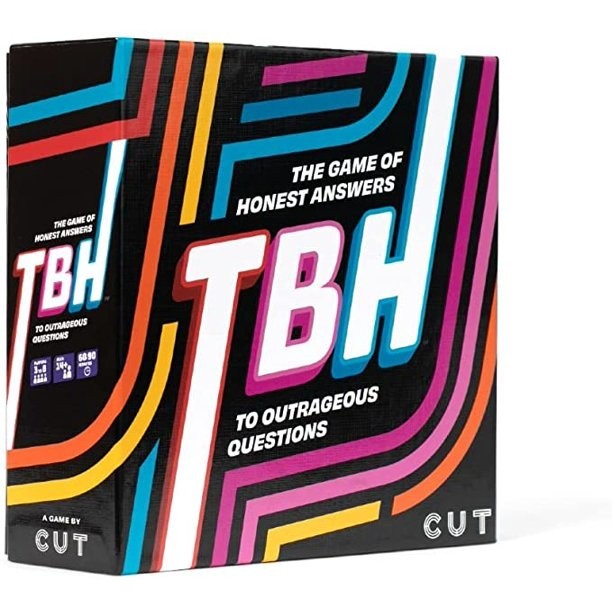 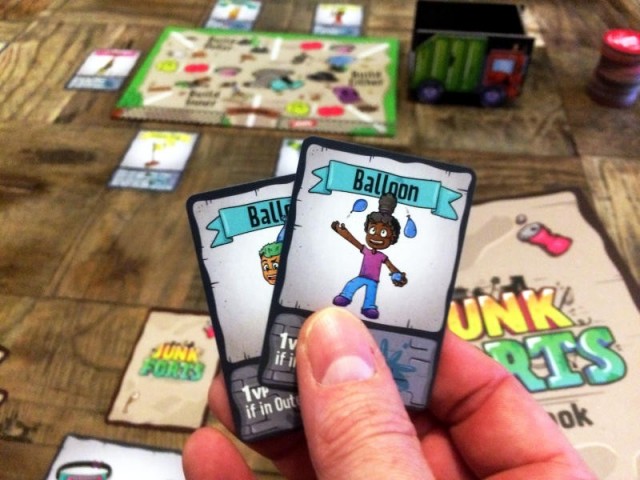 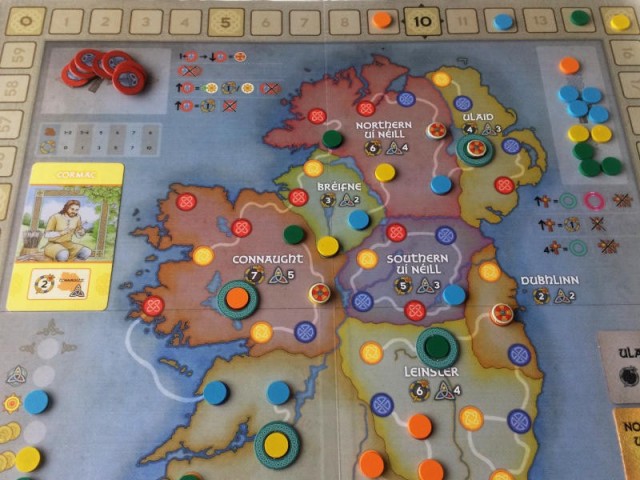 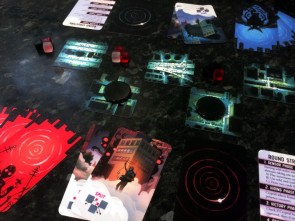 There is something hiding in the city. I'm sure of it. I keep finding clues and my detectors are picking up very strange signals - but I need proof! Hard facts that I can present to the science community to make them believe that I have found a Cryptid: Urban Legends by Hal Duncan and Ruth Veevers from Osprey Games.

Before you make too many assumptions, Cryptid: Urban Legends isn't really the successor to Cryptid. Both games were designed by the same people, both have gorgeous artwork by the amazing Kwanchai Moriya and both are deduction games - but while the latest game in Osprey's line-up is a pure 2-player highly competitive experience and much more a tactical battle of wits and outmanoeuvring the opponent, the original Cryptid is almost a co-operative game where you try and gather the clues that everyone has brought to the table to deduce where the mythical monster is hidden on the board. So, yes, both are actually very different games.

Cryptid: Urban Legends is the sort of game that's fairly easy to explain, but will take a while to properly master. If you play it with the same person, you will probably start to develop your meta of the game, where everyone starts to develop their own strategy until the other player realizes that they need to change theirs to counter their opponent's approach. The game reminds me of a mix of chess, checkers and Onitama, which I haven't played, but which has a similar mechanism in it - but let me explain.

One player takes on the role of the scientist and the other plays the cryptid - and both have different goals. So in that sense, the game is asymmetric, but the actions players take are basically the same. Both sides play a card on their turn to manipulate a bunch of different coloured cubes, moving them from one half of the cityscape to the other. If you run out of cards, you can draw more, but then you don't get to play a card on your turn. So you have to decide whether to play your last card, even if it's not your best one or whether you're better off drawing more cards, essentially foregoing your turn and giving the other player an opportunity to move the cubes in a way that favours them. Once all cubes have been moved, you check if one of the players has won.

It's simple enough, which is why I said that the game is very easy to learn, but to end up with the cubes in a configuration that gives you the victory is very hard. It's not just a matter of having the right cards to play and deciding when to skip a go to draw more cards instead, but it's much more about working out how you get from the current cube distribution to the one you need, while stopping the other player from interfering with your plans.

After all, the cards represent one of three different types of movement, allowing you to either distribute a whole bunch of cubes, all cubes of one colour or a single cube. Sometimes moving a single cube will be crucial and mean that you survive another round, while other times you want to quickly get as many cubes moved as possible.

It sounds very abstract and it is. I think that's almost unavoidable though. As I mentioned above, the game reminds me of a mix of chess, checkers and Onitama, because after a few games you start to develop a certain selection of opening plays, just like you have in chess, but you're also moving cubes from one side to the other, very much like the discs in checkers and you play movement cards, similar to the ones in Onitama.

The game does try and immerse you into the setting of a city haunted by a monster where a scientist is doing what they can to hunt it down - and the artwork by the highly talented and very much sought-after Kwanchai Moriya does its part to draw you in.

The city tiles have a lot of detail and show a lovely night scene, where the street lamps and car headlights tint the scene in an eerie blue-green glow, which makes it all feel very atmospheric and is reminiscent of illustrations from the atomic age of the 1960s. I especially love the little touches, which I guess are more about graphic design. The decks of cards for both players are basically exactly the same, except that one is a pinky red, while the other is a light blue. The real beauty is in the detail though. While each scene depicted on the cards in both decks is basically the same for both players, the scientist player's illustrations bring the scientist to the fore, while the cryptid player's cards depict the mothlike monster bigger, putting the focus on it. It's a small touch, but makes the game really special.

So, the theme is very enticing, but don't expect Cryptid: Urban Legends to make you feel like a scientist hunting down the mythical Mothman or that you're the cryptid yourself. However, do expect a wonderfully tactical and abstract game that is really easy to learn, very hard to master and very, very addictive. You probably want to play it several times with the same person and as the same character, either the scientist or the cryptid, before swapping sides. There is so much to explore and try out and every game feels very close.

When you lose, you can't wait to give it another go in the hope that you will take victory next time. When you win, you're never sure if you can continue your streak. The randomness of the cards is just right and gives you enough control, without making the game completely predictive. It's just glorious!

March 24, 2022
Rating
4.0
Cryptid: Urban Legends
When you lose, you can't wait to give it another go. When you win, you're never sure if you can continue your streak. It's just glorious!
O
oliverkinne Top 50 Reviewer 47 reviews