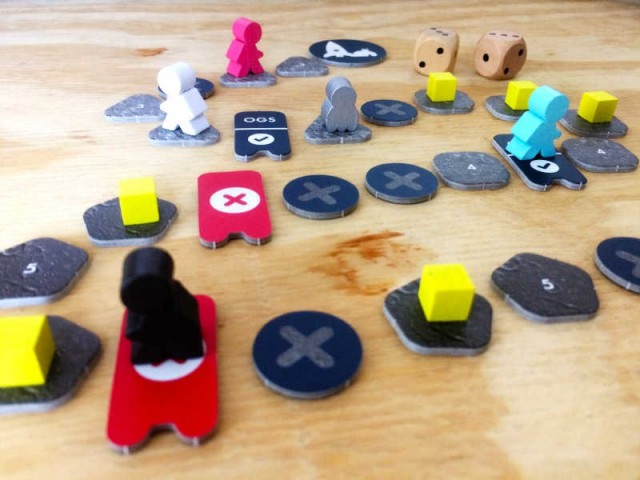 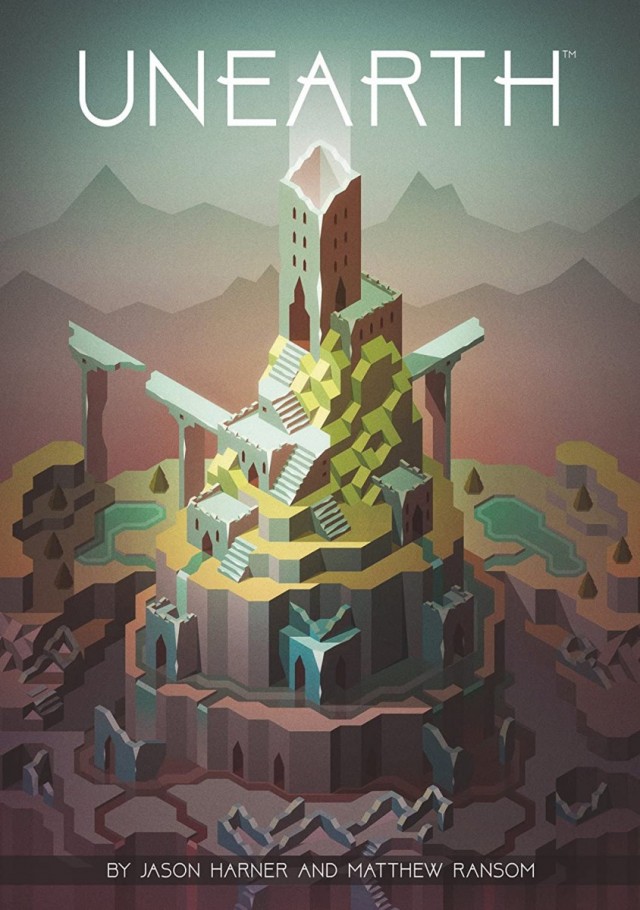 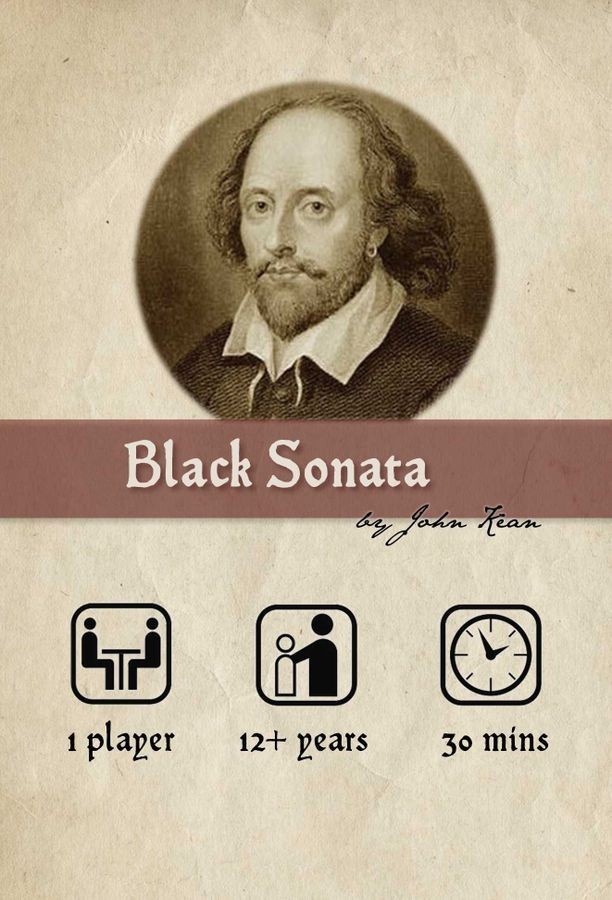 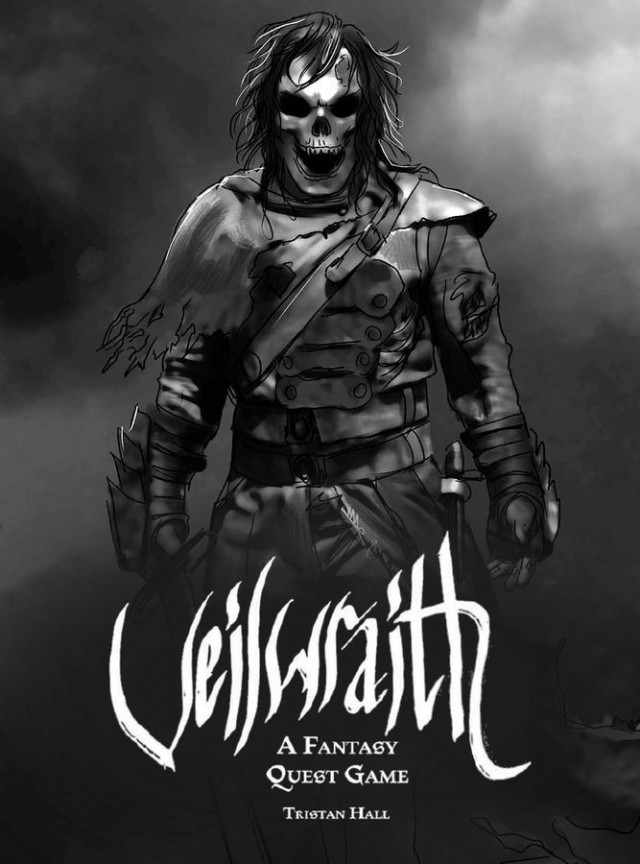 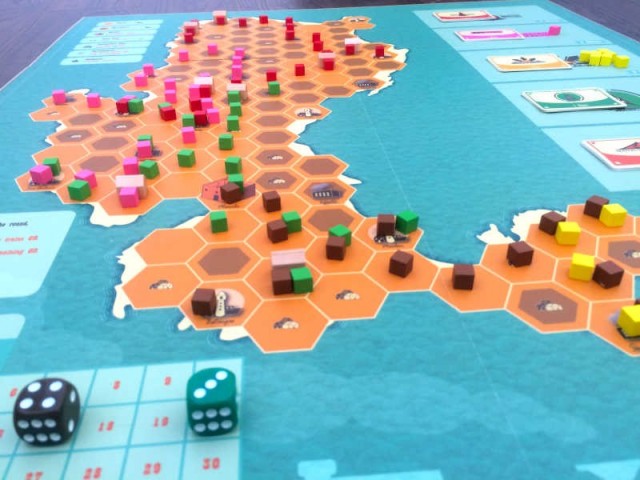 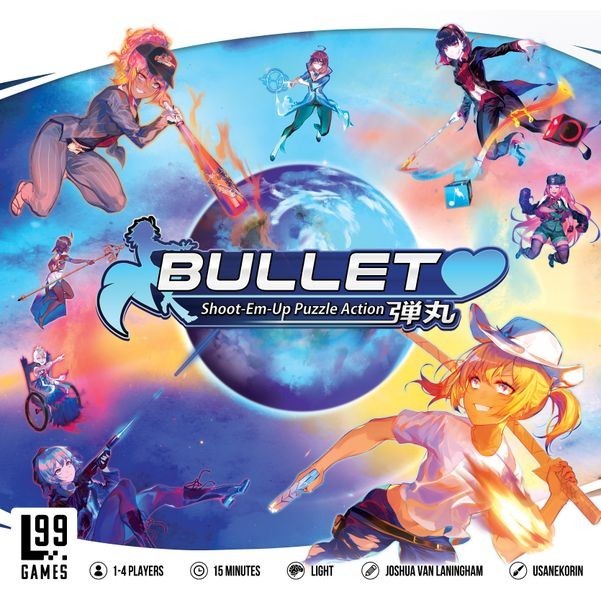 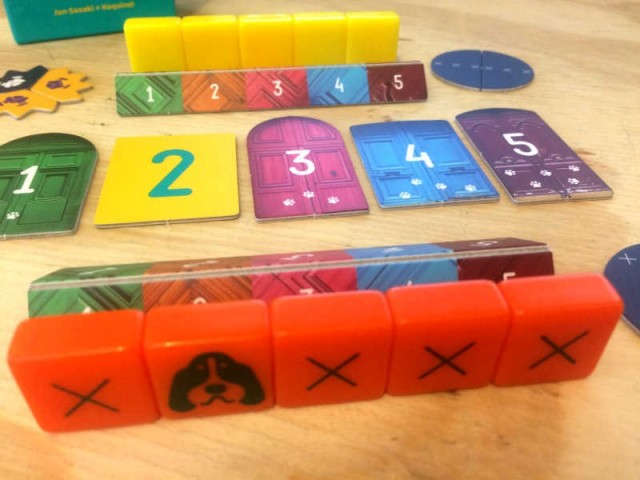 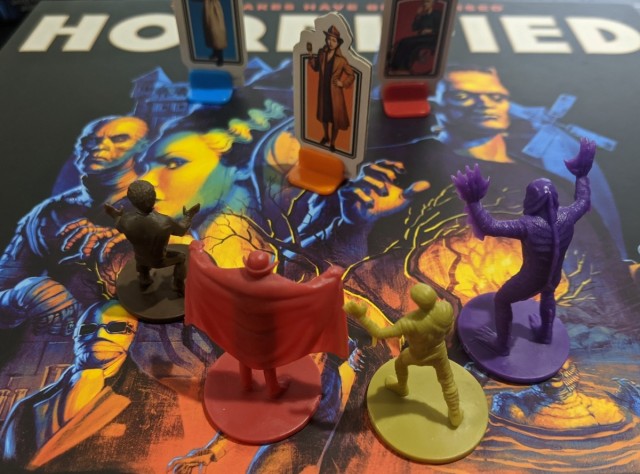 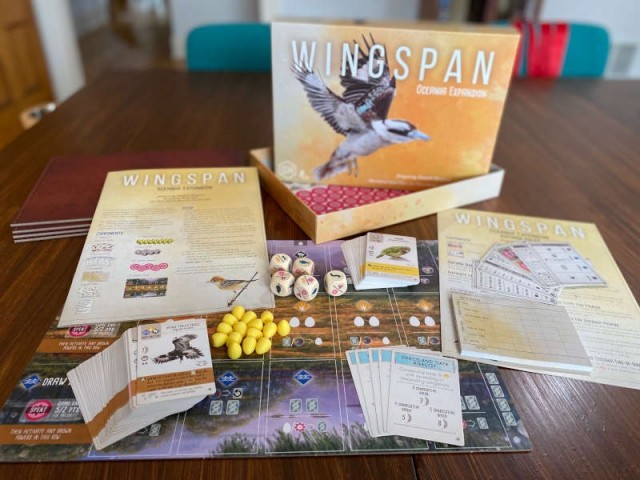 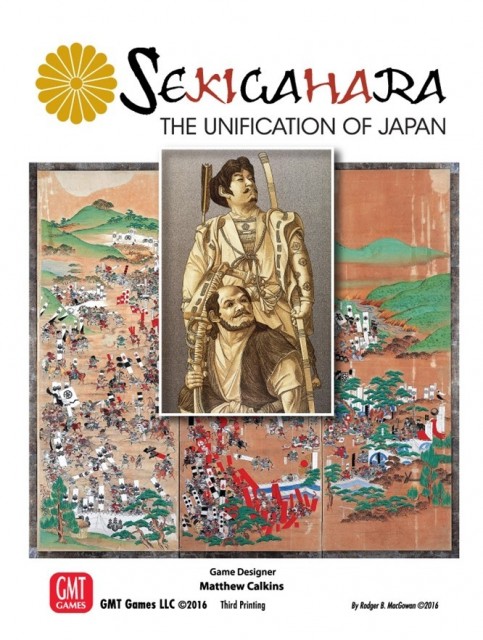 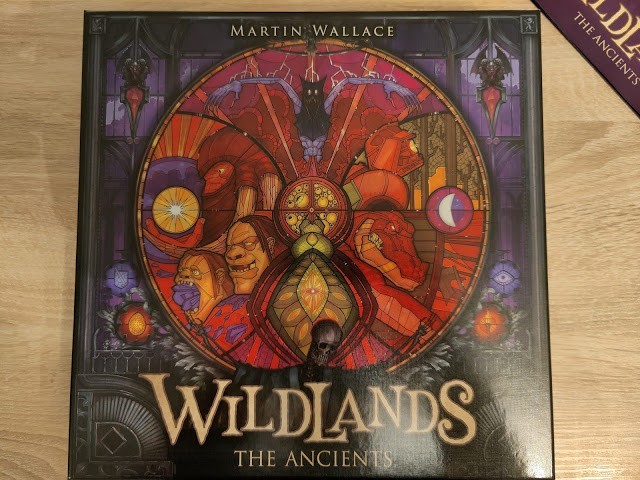 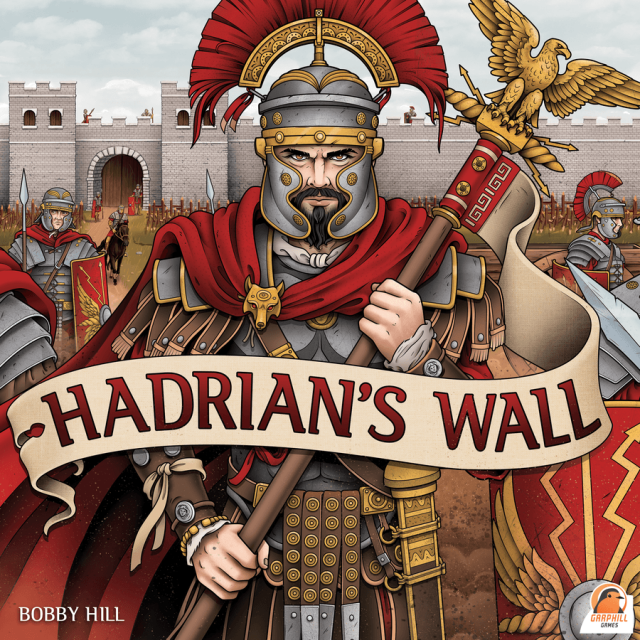 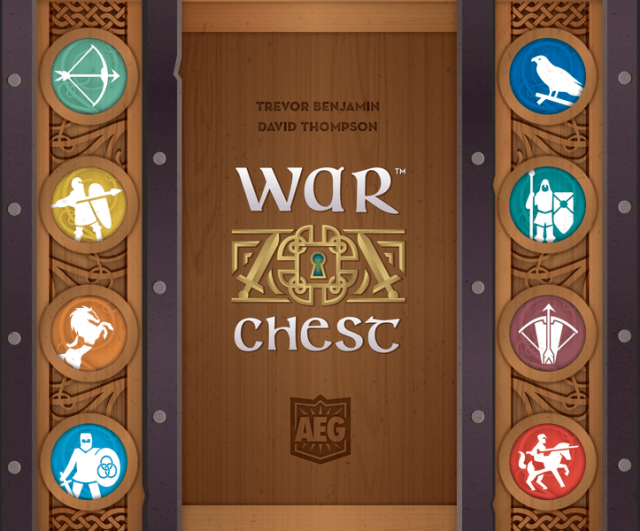 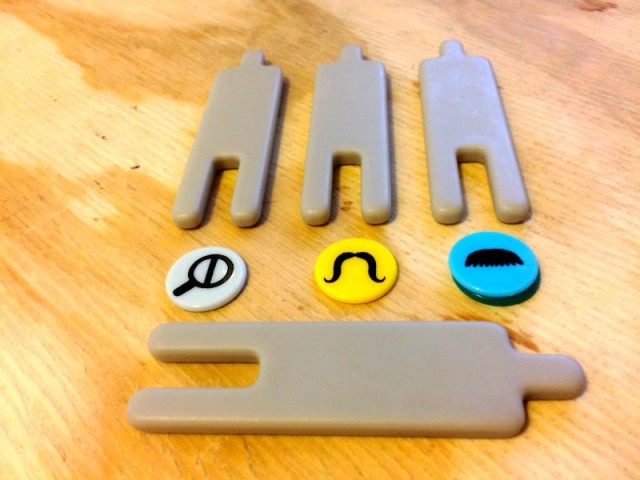 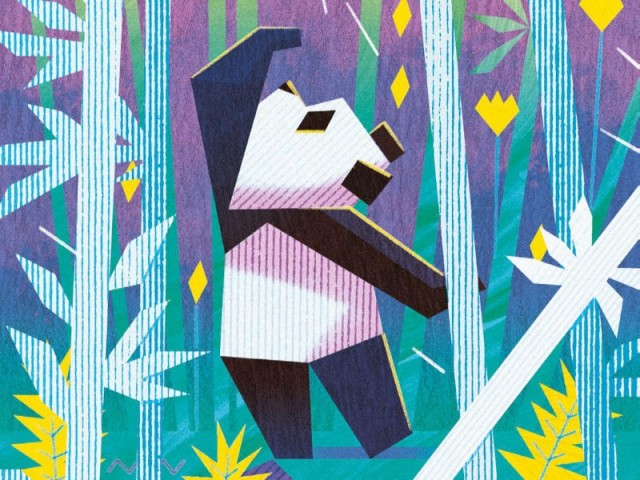 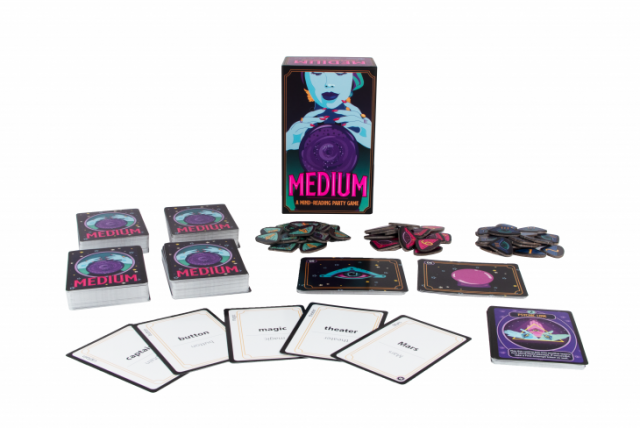 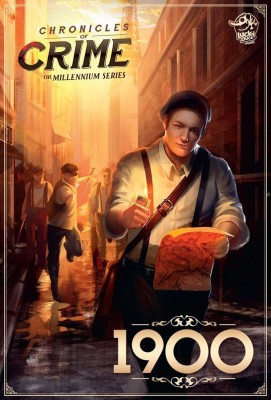 Lucky Duck Games have been all over the place with the Chronicles series. The first game was set in the present time, then came the follow-up, set in 1400. Fast-forward half a millennium, and we’re looking at the latest game – Chronicles of Crime: 1900. It’s another standalone game, like the 1400 version before it, and it uses the same system of using cards, a board, and an app to play the game.

Those staunchly in the ‘technology has no place in board games’ camp will baulk at the Chronicles of Crime series. Despite having a board and a load of cards, the game is unplayable without the app. The app is the game. The counter-argument I’ve seen is for not using an app is ‘but Sherlock Holmes Consulting Detective did it with a book‘, and while that’s true, there’s plenty that Chronicles does, that a book never could. If you’re tech-dubious, read on, you might find your mind made up one way or the other by the time you reach the bottom of this review.

The entire game of Chronicles of Crime: 1900 is in the app. Once you’ve installed it and started the scenario you want to play (four scenarios are included at the time of writing), the app takes control. It’ll tell you to place a location card and some people cards, tell you who the people are, and what’s happening in the story you find yourself dropped into. 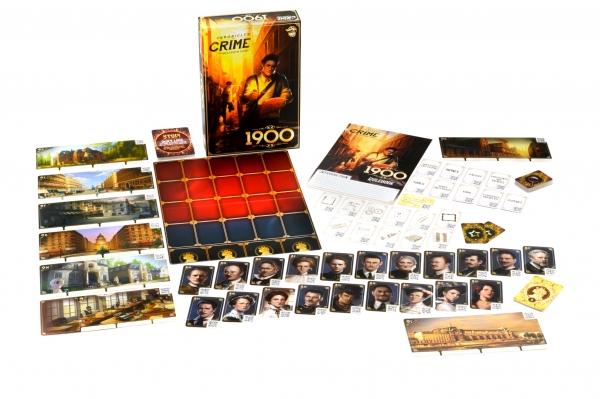 A look at what you get in the box.

Gameplay revolves around scanning QR codes on cards. If you want to go to a location, scan its QR code. Once you’re there, you can scan more codes to talk to people, ask about objects and clues you’ve found (all by scanning more QR codes), or even jump into a VR-style 3D crime scene. When you’re whirling around the crime scenes, you’ll see clues which you can claim and add to your board, giving you more avenues to pursue your Columbo-style “Just one more thing” questioning.

You’re a journalist with a Jonah-J-Jameson-style editor, who’s got a stick up his backside. He’s obsessed with crime reporting, presumably in the absence of a 1900s L’Homme araignée. Every action you take eats precious minutes off the clock, and the deadlines he sets you can get pretty tight.

If you’ve played the previous Chronicles of Crime games, there might be a few differences from what you’re used to. There are escape room puzzles this time, stacked face-down in an ever-tempting pile. You need to combine them with other cards and clues you’ll uncover during your investigations to drive the story forwards. Not everyone is going to like these, but I do. It’s another layer of fun, and a slight change to the formula which stops things from getting stale.

The flip-side of these very specific puzzle cards – figuratively speaking – is that they’re one-and-done. In the Chronicles of Crime original game every card was reusable in official and fan-made mysteries. I would say I don’t like this change in ethos to make something single-use, but in all honesty I’ve never downloaded a fan-made mystery, so it makes no difference to me. 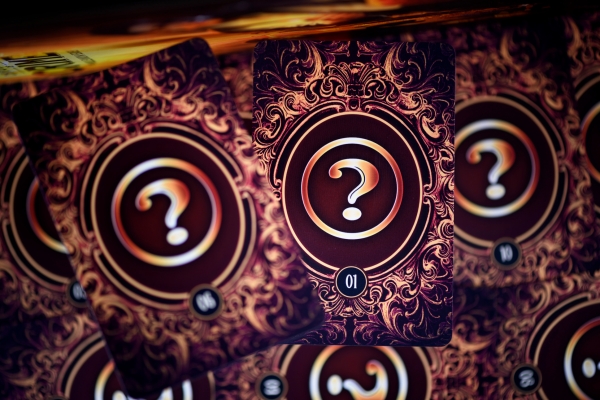 The mystery cards with the puzzles. Don’t you just want to turn them over?

The biggest difference I’m happiest with is the absence of the team you work with. In the original game you had people like hackers and forensic experts you could ask for help, and in 1400 these were replaced by family members. They were the weakest part in my opinion, and it felt unnecessary to have to figure out who you ask about what, especially when you get stuck. It broke the flow of the game for me. Replacing this mechanism in 1900 is a puzzle editor who works at your newspaper, who’ll tell you if you have all the cards you need for a puzzle, and can even give you hints. It makes that game much more approachable to non-gamers.

The most important things in these games are the mysteries you’re trying to solve. As in the previous games, the story-telling is really good. The characters are just that – characters. Not quite caricatures, but not far off. It’s important that these characters are so memorable, because you’ll often end up with a cast of 15 or so to remember. The mysteries are very solvable too. Not easy, not in any sense of the word, but less obtuse than some of the previous cases. 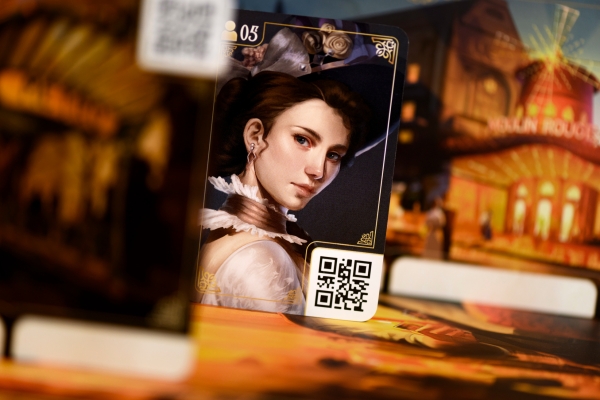 The artwork is less cartoony than the first game, and really fits with the game’s setting and aesthetic.

In the original game there were a couple of cases I did really badly in, because I missed one thing at a crime scene, or didn’t ask a particular question. That all seems to have been tightened up and moulded into a more friendly package in Chronicles of Crime: 1900. Clues in crime scenes seem easier to find for a start. I don’t mean a day-glo knife engraved with “Pierre’s favourite stabber” levels of obvious, just a little clearer.

Chronicles of Crime: 1900 is my favourite in the series. The changes are small when you compare them to the previous games, but they make for a better game. You’ll get the ‘purists’ who tell you that they should be difficult, and while I don’t mind a tough case to crack, there are differing ways in which a game can be difficult. Difficulty because you need to pay attention to the story is a good thing, difficulty because you missed something obscure but crucial, that’s not good.

There’s a tiny nagging part of my brain which is telling me “You’re not better at solving mysteries, this game is just easier than the previous ones”, but you know what? Screw that part of my brain. I had fun playing 1900. I solved mysteries and the game made me feel clever. Sure, in one case three different people told me I should speak to the police about a particular thing, but that’s precisely what I meant above. It’s much more difficult to miss something important. The game made me feel clever, and that’s what a good mystery game should do. Not batter you over the head with your own stupidity.

If you’ve never played a Chronicles of Crime game before, I’d recommend starting with this one, Chronicles of Crime: 1900. It feels more refined, and loses the fussiness of the four ‘helpers’ from the first game. If you don’t think you’ll like an app-driven game, give it a go. The one big advantage these games have, is that the publishers can add new cases to the app all the time. You can’t do that with a book. I had a great time with 1900, and if you’re into murder mysteries, you’ll love it.

Review copy kindly provided by Lucky Duck Games. Thoughts and opinions are my own.

June 03, 2021
Rating
4.0
Chronicles of Crime: 1900
The third instalment in the Chronicles of Crime series sends us back to turn of the 20th century Paris. App-driven mystery solving ensues, can you solve the cases put before you?
A
adamr 1 reviews