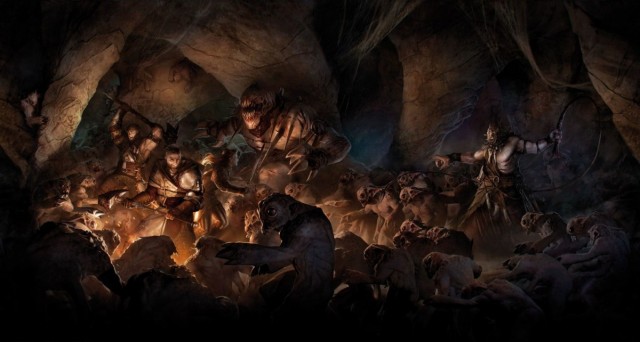 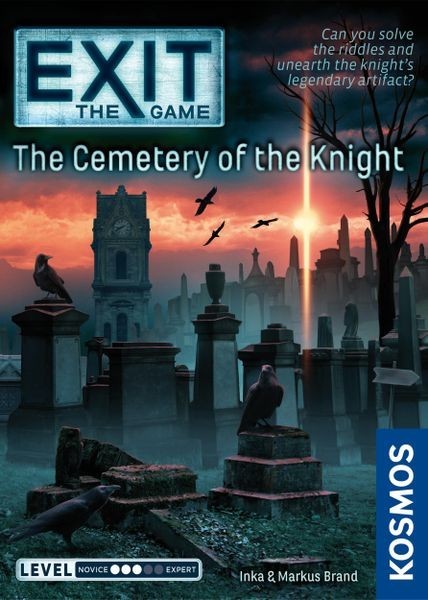 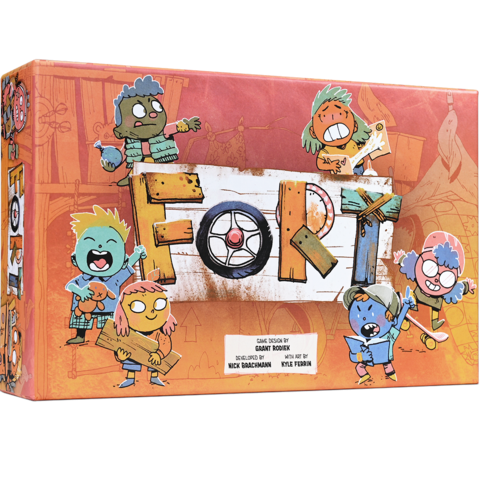 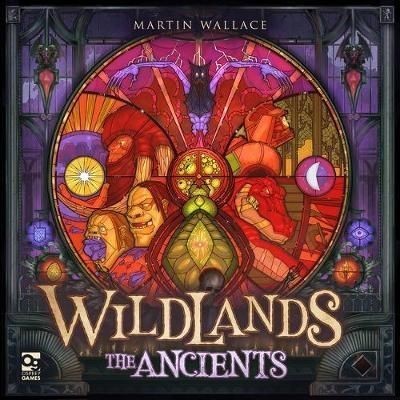 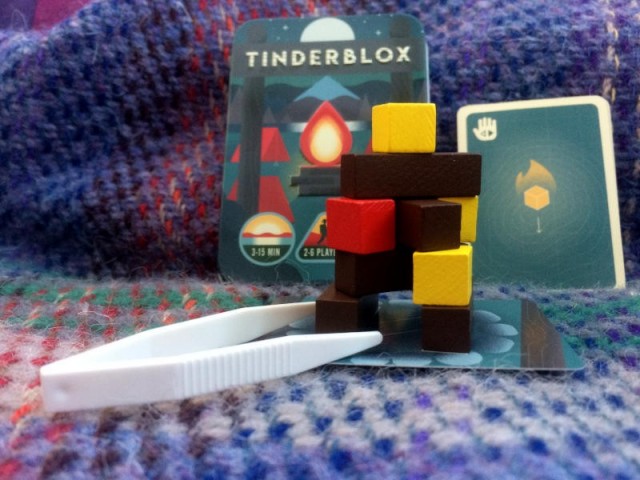 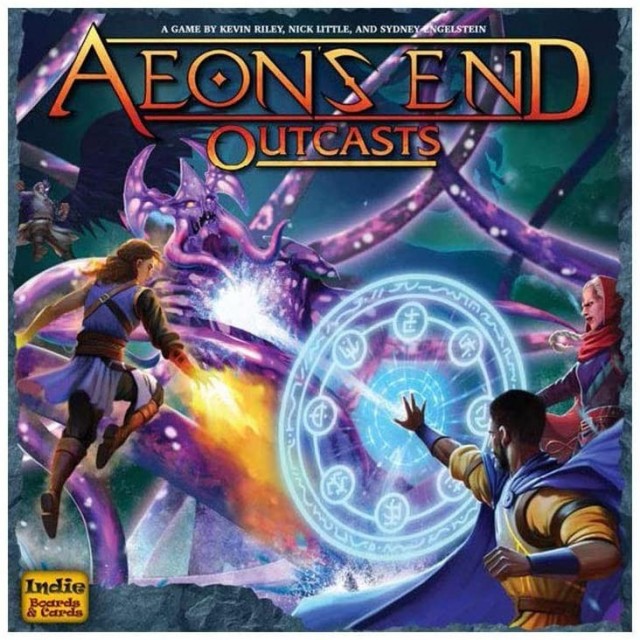 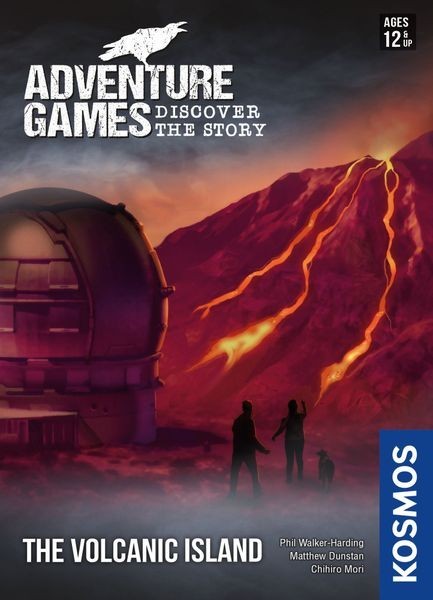 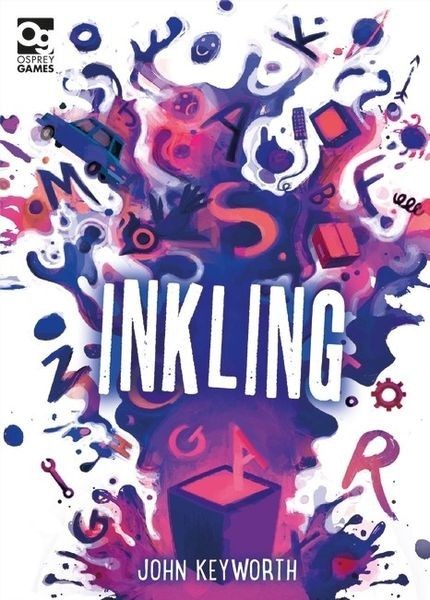 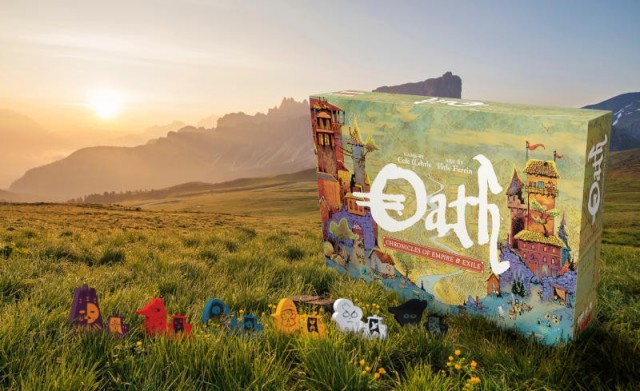 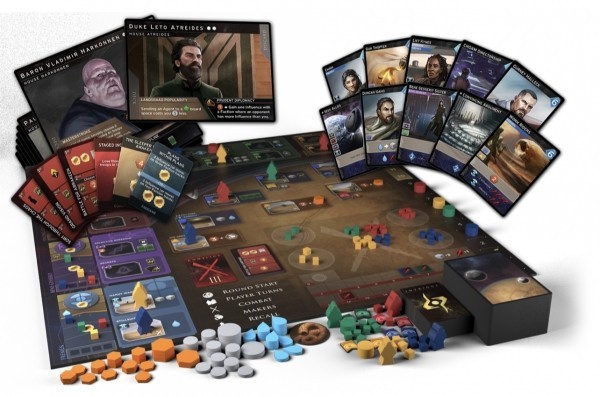 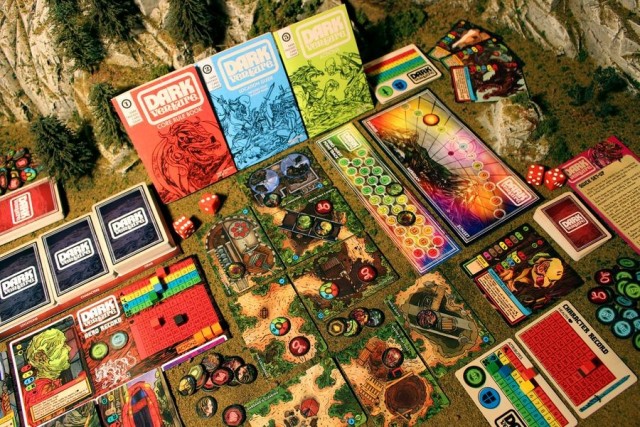 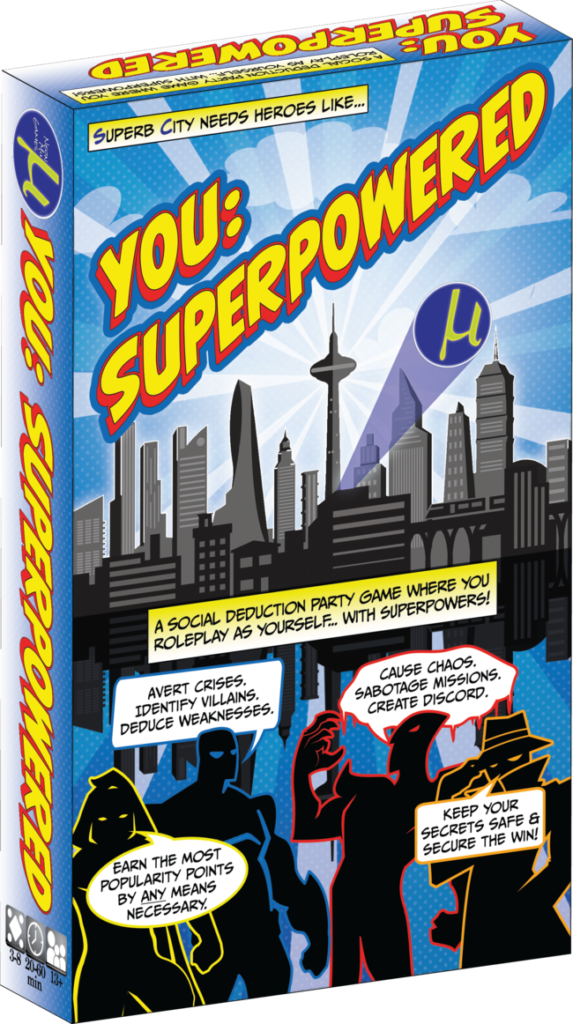 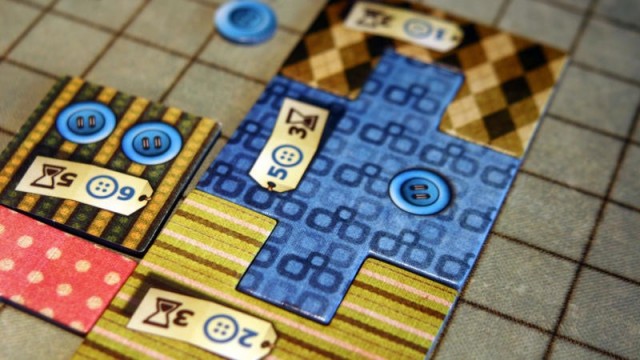 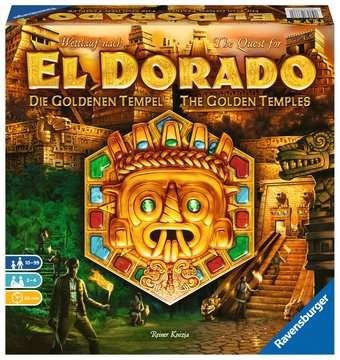 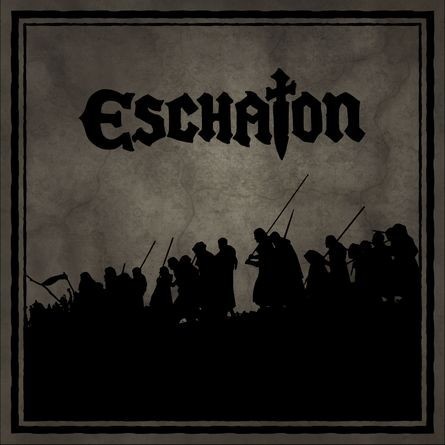 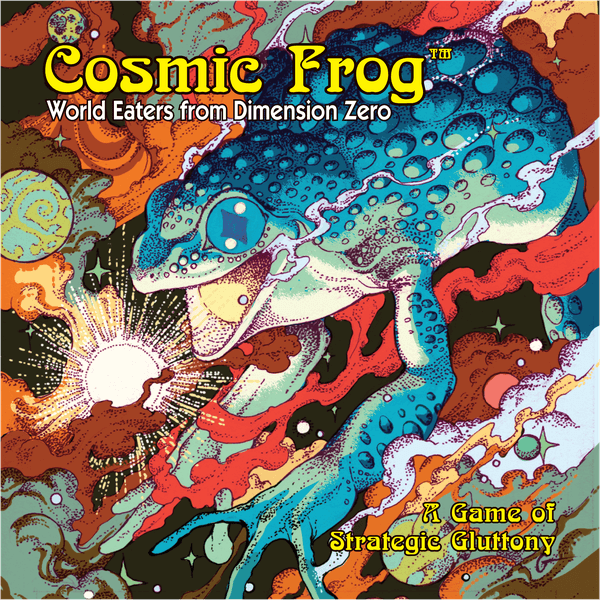 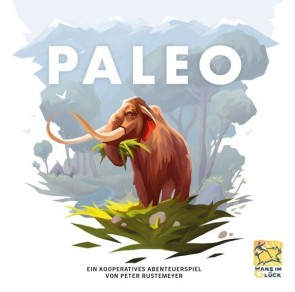 Stone Age life in Paleo starts off with a lot of card sorting and a confusing rules explanation. Perhaps that’s not surprising given our ancestors’ limited vocabulary: it’s hard to convey game flow in grunts and gestures. Once understood it seems we have to make a big deck out of a set of base cards and two “modules” shuffled together. Varying the modules between games changes the scenario our palaeolithic tribe will be facing.

We start Paleo, as the rules suggest, with a group of three working together to survive the rigours of stone-age life. That big deck gets dealt between us and we also draw two people to start our tribe. Each has one of three skill icons and maybe a tool with which to face the challenges ahead.

During the day we look at the backs of the top three cards of our deck which provide a hint as to what might be on the other side and pick one to face. The others go back atop the deck. Then we flip them over to see what they hold. Our first encounters are easy: a scree slope to loot for stone, a forest for wood and a campfire to rest.

Most cards have multiple ways to resolve them. The forest, for example, allows that player to discard cards from their deck to get one wood, or if they have a hand axe they can do the same for three wood. This being the first turn we have no hand axe, so it seems an easy choice. But one of the cards they'd discard is a red hazard, and discarding these causes a wound to a tribe member. So we decide to ignore it, which is always an option on non-hazard cards.

As the day unfolds our tribes grow with new members, giving us more skill icons we can use to get better results on cards. We stumble over a bison carcass and loot it for meat and skins and puzzle over some medicinal herbs we can’t dig for. Then a chance at a real quarry: a wild boar. To hunt it we need three spear icons, but the player who drew it only has one. This puts us in a dilemma. Two tribes can join to hunt, but that means ignoring the card the other one drew. It's a chance meeting with a stranger who offers to teach us a new tool in exchange for food.

Up until now, we’ve been drawing cards in a words and pictures simulacrum of stone-age existence. But all of a sudden it feels like we’re caught on the elk horns of exactly the kind of difficult decision hunter-gatherers might have to make. Combining the tribe might offer a greater reward, but at the cost of lost opportunities. What do we do? We decide we need the meat, so we kill the boar and let the stranger go on their way.

After our decks are empty we retire for the night. This means giving up a food for each card in each of our tribes and we barely have enough. Each module also comes with a mission card which we must fulfil each night. For this starter scenario it’s extra food and skins on one, and a tent on the other. Making a tent needs skins and wood and we haven’t bothered to collect either, so we fail both, collecting two skulls instead. Five skulls and it's game over. 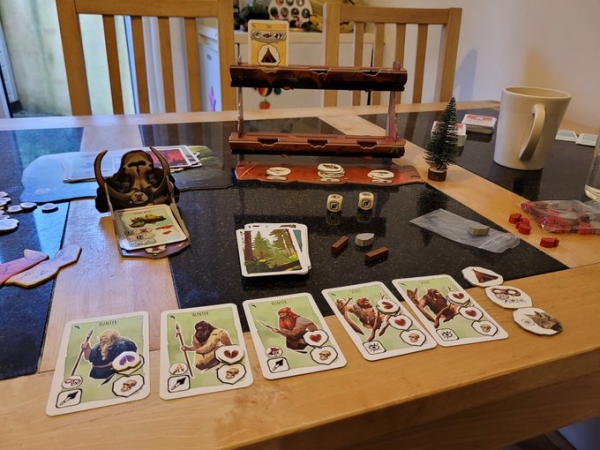 Winning Paleo means overcoming difficult cards to earn pieces of a cave painting. Early the next day we get the chance to do exactly that as we meet a vicious cave bear in its lair. If we can overcome it, not only do we get the cave painting but some meat and a free tent, too, as we can shelter in the cave. It’s too good an opportunity to pass up so we sacrifice some one-use tools and band together to drive the creature away. It’s a great moment and a tough choice, but as we slap cards down and take the pick, it lacks the requisite tension of a thrilling fight.

Tension picks up as the day drags on, though, as we’re forced to discard hazards and wounds pile up on the tribe. One member dies, adding another skull to the pile. We have a tent, but food is proving hard to come by. We become so weak that we have to risk-taking on the hazard cards instead of discarding them. That way there’s a chance we can avoid the wounds if we have the right resources. A rockfall we can tackle, but an enraged mammoth proves too much and we accumulate a fourth skull. Starved of food that night we gain a fifth and the game is over.

Next time, we’ve learned quite a lot about the hazards in these first two modules. Most modules come with one or more secret cards that add shocks and more narrative to the adventure. We know what one of those is now, and whether we should welcome or avoid it. We also know that some cards have unique backs that we can learn. Surviving the stone age involves learning by experience, but doing so removes some of the surprises from play.

That experience proves invaluable on our second trip through Paleo. This time we hunt bears and mammoths, explore a dark cave with a burning brand, paint our victories on the cave wall. This time we meet the stranger and learn from them the secret of making stone circles. We need three hand axes and a pile of rock but we get them and build the henge for the last painting segment and victory.

Buoyed by victory, we co-operate to re-sort the cards from the first two modules and put the next two in. Here, we’re being hunted by a fierce pack of dire wolves. This one has a neat mission card which demands you have lots of wood to make a fire to keep them away at night. But we can remove it if we hunt and kill five wolf cards from the deck. This module also adds variable difficulty, determined by dice, which adds more excitement and challenge.

Hunting wolves is a harder task than we imagined, though. The difficulty level feels like it’s spiked from the introductory modules. We need wood and stone to make spears to kill the wolves and all we seem to pull from the deck are more wolves. We stumble into our first night covered in bite wounds and have to burn all the wood we stockpiled to save an instant loss. Despite a fantastic vision on a mountaintop the next day, it’s not long before we succumb to the pack.

There’s a solo variant which I try to see if I can outpace the wolves but, unlike most co-ops it’s unsatisfying. Haggling over how we aid each other and who loses out is very much the meat of Paleo. Aside from that, it doesn’t bring much new to the table, more a refinement of ideas from the genre and a pinch of legacy without destroying any cards. It feels right for a stone-age theme that the game isn’t a revolution, though. And it feels right for a co-operative game to finally put the co-operation front and centre.

December 31, 2020
Rating
4.0
Paleo
Offers a taste of real co-operation and atmosphere in the stone age struggle for survival, even if it is sometimes staid and derivative.
MT
Matt Thrower #1 Reviewer 286 reviews

mads b. replied the topic: #317679 04 Jan 2021 03:14
Sounds nice. How would you imagine it plays with younger children? I'm looking for a coop adventure game to play with my (board game savvy) four-year-old and I think he'd dig the narrative. Usually he chips in on discussions, flip cards, and roll dice and that works pretty well. But does this require card secrecy or somesuch to be fun?

mads b. wrote: Sounds nice. How would you imagine it plays with younger children? I'm looking for a coop adventure game to play with my (board game savvy) four-year-old and I think he'd dig the narrative. Usually he chips in on discussions, flip cards, and roll dice and that works pretty well. But does this require card secrecy or somesuch to be fun?

There's no card secrecy at all so that's fine. At 4 you'd need to do a lot of guidance and hand-holding to guide him through the game. But there's definitely cards to flip, discussions to have and the occasional dice to roll.

The bigger problem you're going to have is that this is definitely a game that works best at 3+ - I didn't try it with 2 but you'll miss out on quite a lot of the interesting interplay between who helps with what and what is lost as a result.

mads b. wrote: Cool. Ideally I would also be playing it with the eldest kids (8 and 11) and it looks to be a good fit. How long does a game take?

Box side says 45-60 minutes and it's only a little bit on the optimistic side. I'd say 1-1.25 hours. The deck gets divided among all the players so player count doesn't have much of an impact.
Read More...