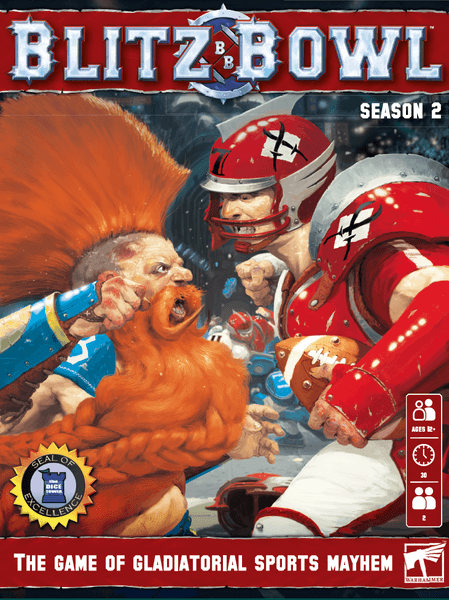 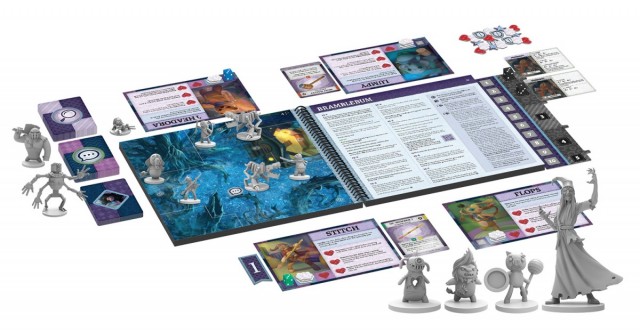 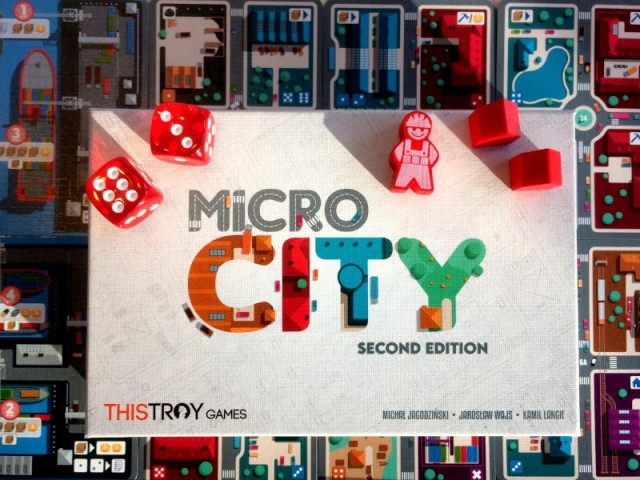 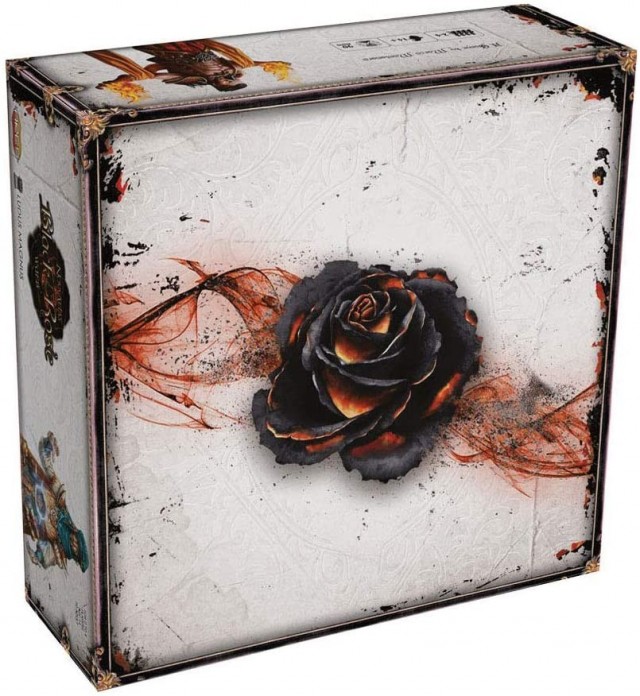 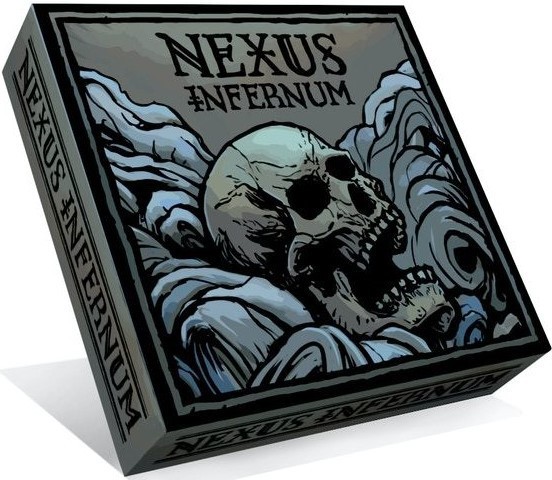 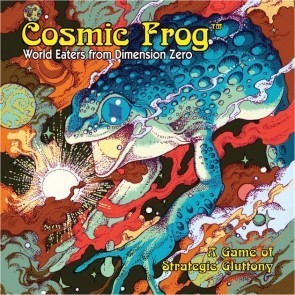 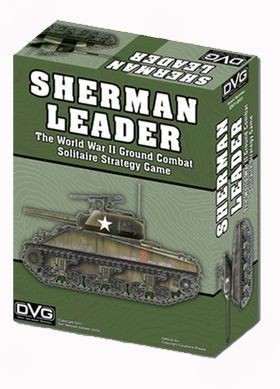 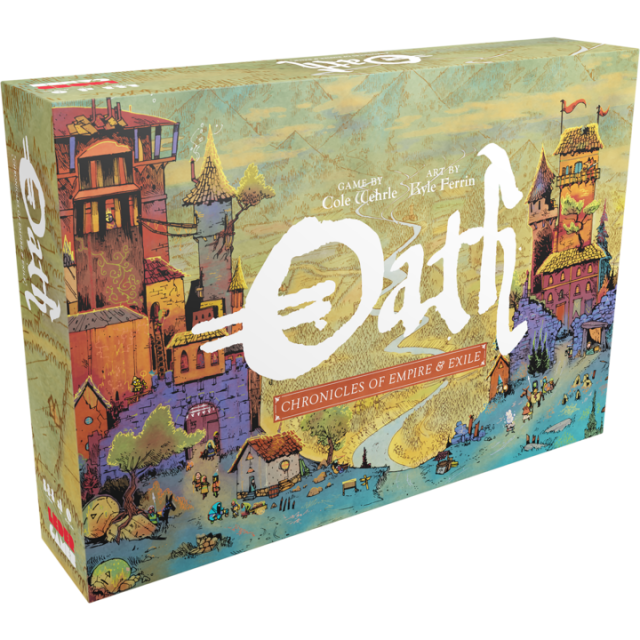 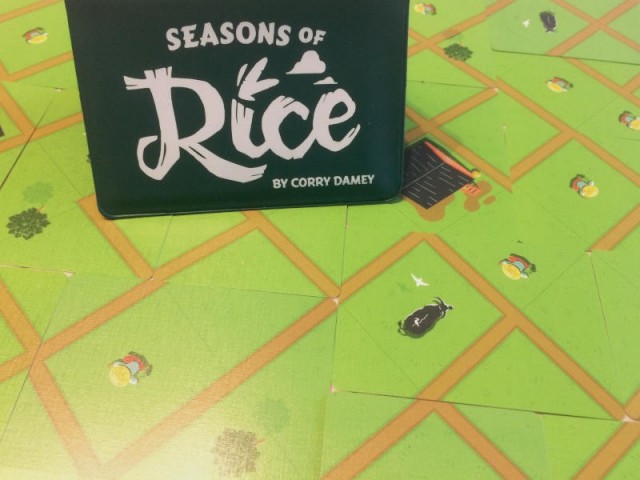 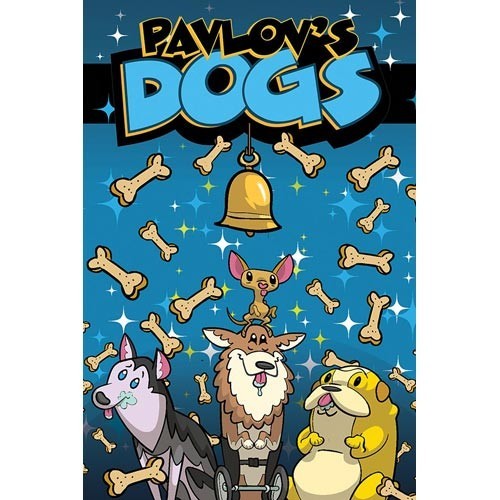 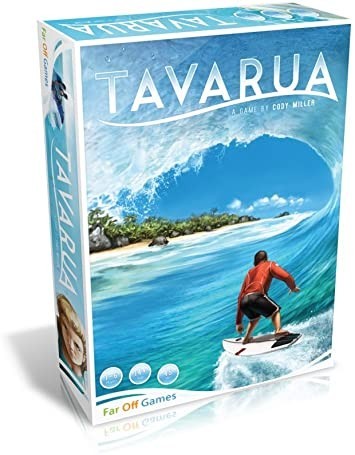 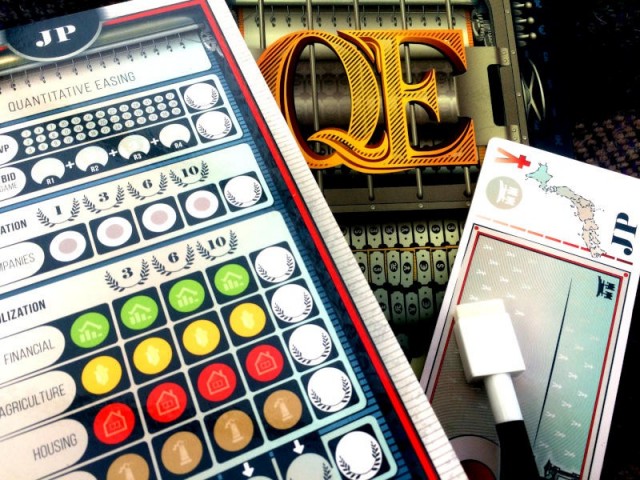 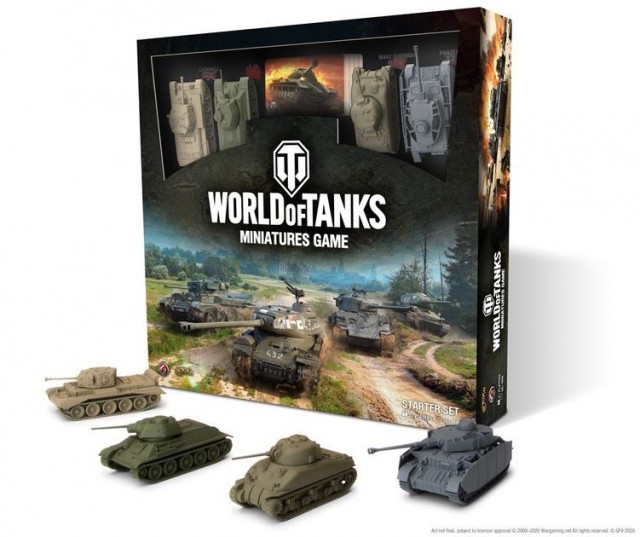 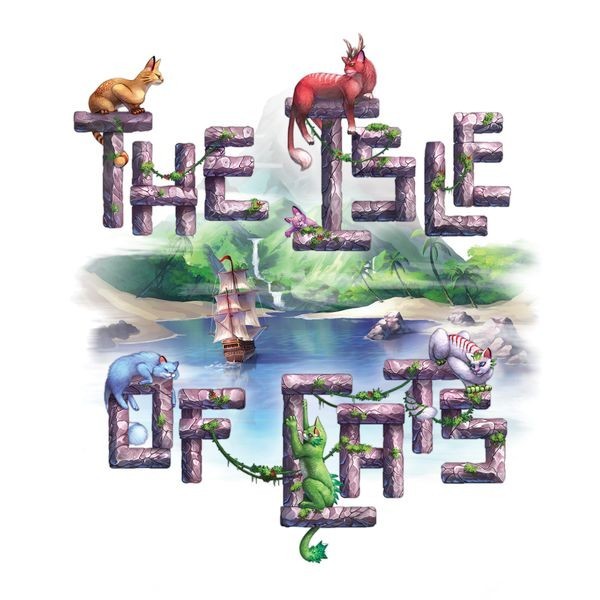 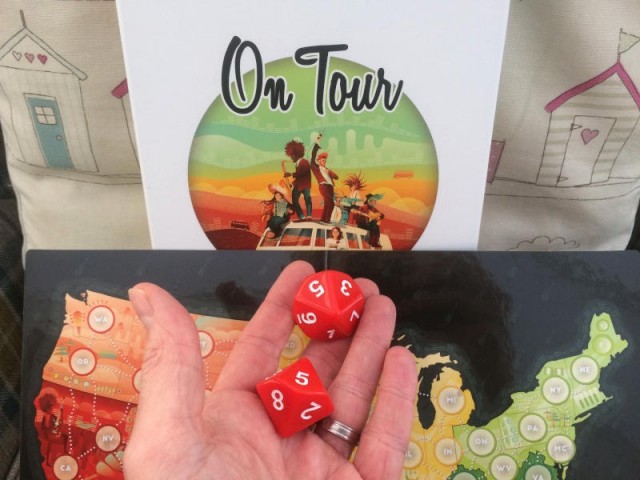 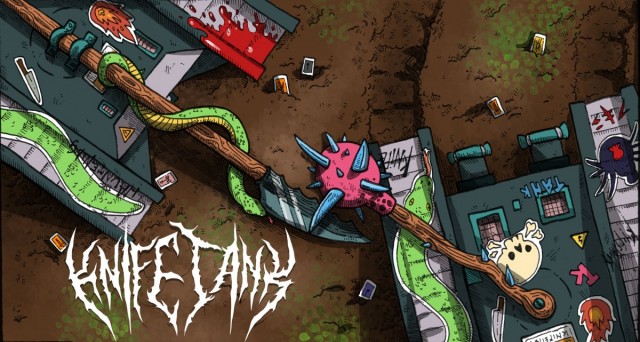 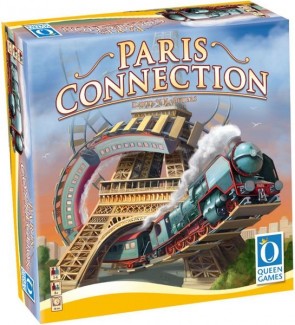 Welcome to another edition of Discount Dive where I look for games that are on the cut/deeply discounted. In the case of Paris Connection, I found used copy on the shelf of my local game store for $10.00. Thinking about Discount Dive’s non-existent guidelines, I read the back of the box, liked the look of the trains and the map, and was intrigued with the absurdly short play time. Three to Six players in around a half hour? That can't possibly be right, can it?

One of the first things you will need to get your head around is that, while there are six different colored trains that all represent different train companies, none of them is “Your” color. So, despite my love of black trains (Phrases that will come back to haunt me #1256), I ended up playing with all the colors. On your turn, you can take up to five trains of any color and create a route on the map. Connect to a city (or two) and the stock price of that particular company/color will rise the number of points (one to four) that those cities are worth. Regular/Rural spaces are worth nothing, they are just the price you pay from getting from city to city. The stocks/trains that you do “own” are kept behind your shield and, alternatively, on your turn you can choose to swap one of the trains behind your shield for one or two trains of a different color. 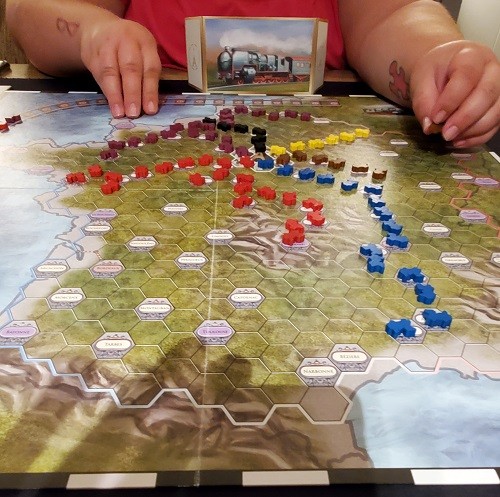 And, that, (in a phrase that I somehow can never NOT say when teaching a game) is basically how you play. You work to balance having plenty of the high-priced stock trains behind your shield while making sure everyone isn't holding too many of the same color as stock, thus hindering how far that companies routes can reach.

The game ends when someone either connects to Marseille or if there is only one color/company left with trains in their pool. This allows players to rush to an ending (if they choose) by racing to Marseille or stretch it out in an attempt to raise the stock price of a variety of companies. Or, if you are being dick-ish, you can place routes that avoid scoring cites and hold back the stock price of a company you don't hold.

The biggest (potential) time sink of the game is the set-up. You are supposed to put ALL of the trains in the bag and each player pulls out a number of trains determined by the number of players. Once everyone has selected their trains that will be part of their stock holdings, the rest of the trains are sorted and then put on their respective boards. This is where the Internet collectively said “Hold My Beer.” A number of alternatives have been suggested including using dice to determine the number of starting trains of each color put into the bag. My personal favorite is this neat little widget called Six Numbers, Conveniently Formatted. (Found at https://pence.github.io/sncf/) You simply select the number of players, press new game and it tells you the number of each color train to put into the bag, Everyone pulls their starting trains and zero trains are left in the bag to be sorted when the game is ready to start. Damn it, I just love when people go “Screw that, if it is worth doing, it is worth doing sitting down.” It's only equaled by the disappointment that people literally argued that this somehow has disrupted the strategy of the game. I'll happily save five real minutes of set-up time to go this route. Here is your Beer back “Internet,” you are the true hero here.

Paris Connection comes with those lovely screens to hide your trains/stocks behind that decades worth of games (with the exception of Isle of Skye) can't seem to get right. A breeze, a sneeze, or a random Jedi mind trick will cause them to fall over and reveal your “hidden information.” Don't worry too much, if someone sits up quick to take a peek at what you revealed, it will usually cause their screen to fall over as well.

“Shit, That was Fast” - The Kid
In regards to the play time, yes, the game IS that quick. A couple of players rushing a specific company to Marseille can literally end it in a couple of rounds. Sure, this will lower the total scores but if the gamble that you hold more of that specific stock than anyone else pays off, it is still a W for you. Even at it's “longest” it still concludes right around the half-hour mark. 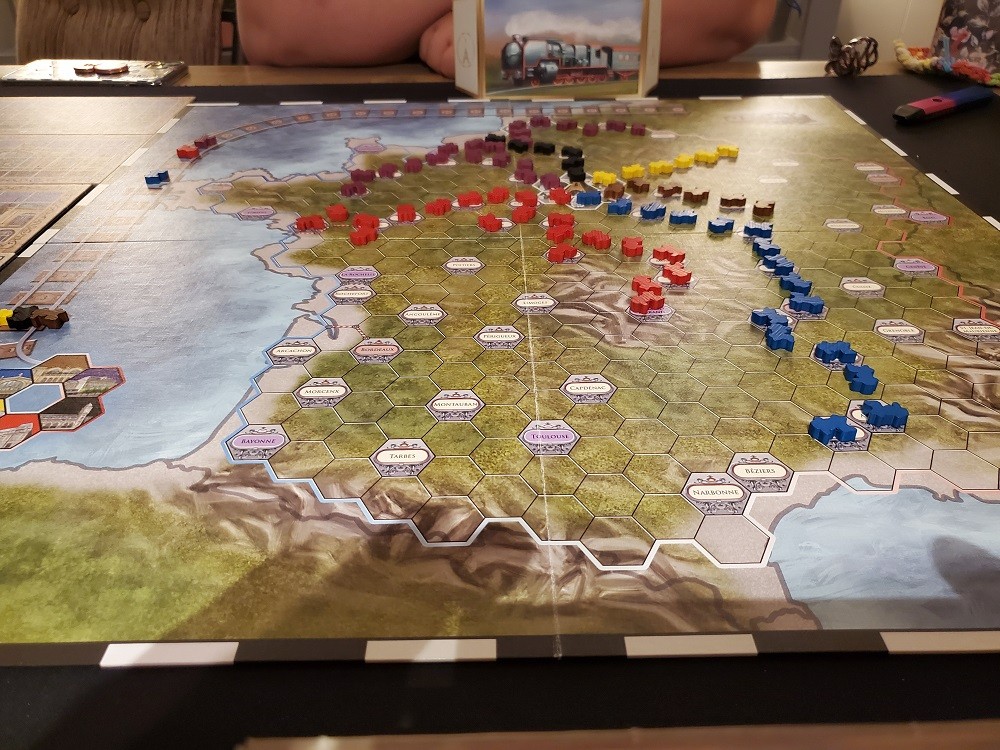 After playing a dozen or so times, my oldest Daughter Piper came home from college and was in the mood for some gaming. I was excited to show her this game and I gave her the lowdown on how to play (As much as she let me, she tends to want the quick, dirty but wholly complete version of how to play with plenty of questions asked during the set-up).When the game finished, we totaled our stocks and I came out moderately ahead of everyone else. I explained to Piper that, while everyone started with (in this particular game) eight trains/stocks, we were allowed to have fifteen total trains/stocks at the end of the game. So, all of those turns I spent swapping a train of one color for two trains of another color was why I came out ahead. She looked at me across the table and said “So, you rode on the backs of the people who actually built tracks, exploited the stocks, did nothing to truly further the railroad but won because you had the most money at the end of the game.” She slowly shook her head, disappointed.
…
…
I have never been more proud of her in my life.

Ah_Pook replied the topic: #316078 11 Nov 2020 10:38
I grabbed this for $10 off Amazon years ago during one of their queen games purges, and it is really a great thinky filler. I love the deduction/emergent alliance aspect of it. I always wished they had published some of the expansion maps for the Queen version.

Also, there are multiple $10-12 copies in the marketplace on bgg atm if anyone is looking to grab one on the cheap

mc replied the topic: #316179 16 Nov 2020 02:18
I made this (well, the original version whatever that was called) using pieces from other games. Great game but yeah thanks for pointing out the easy setup thing.

Better still maybe though apparently Board Game Arena are currently testing it so it should go live there soonish. All done instantly one presumes!
Read More...