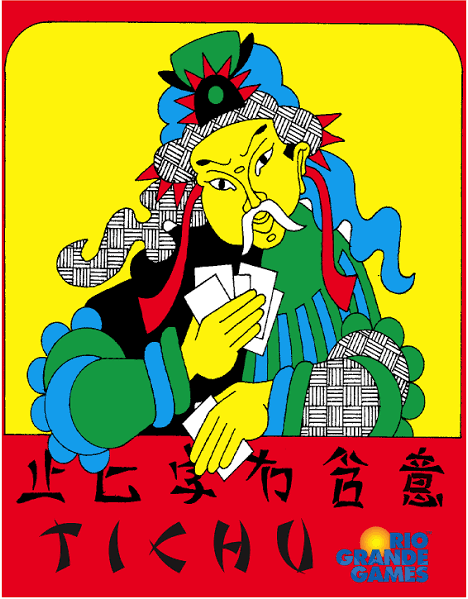 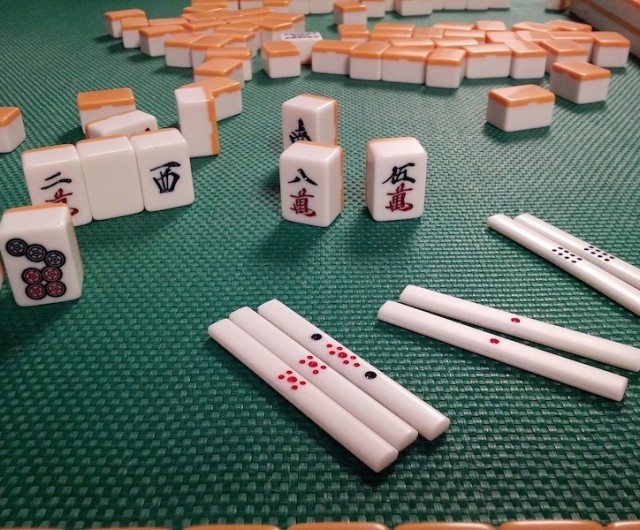 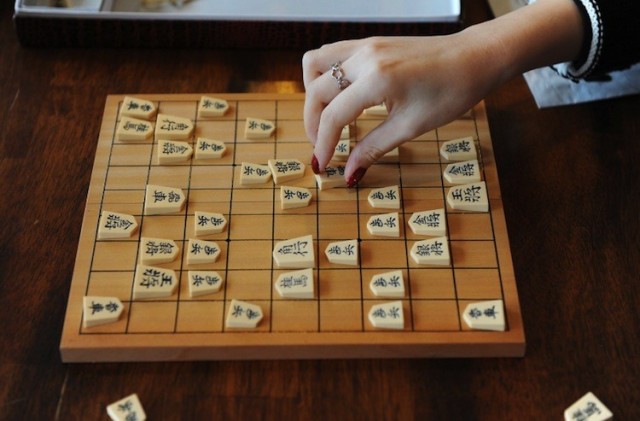 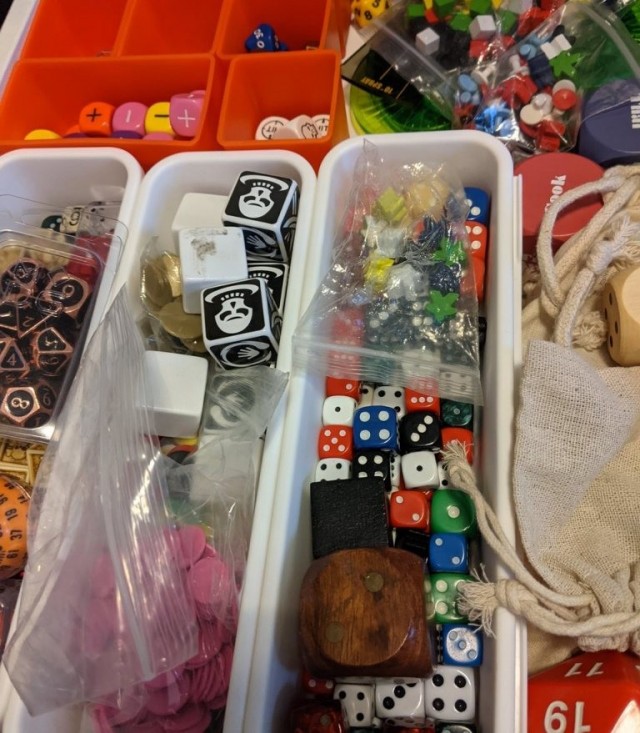 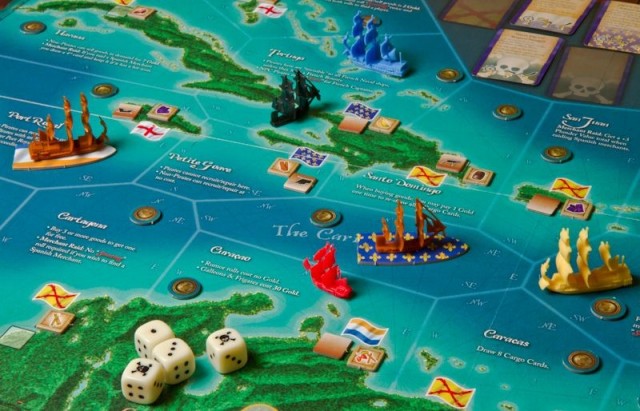 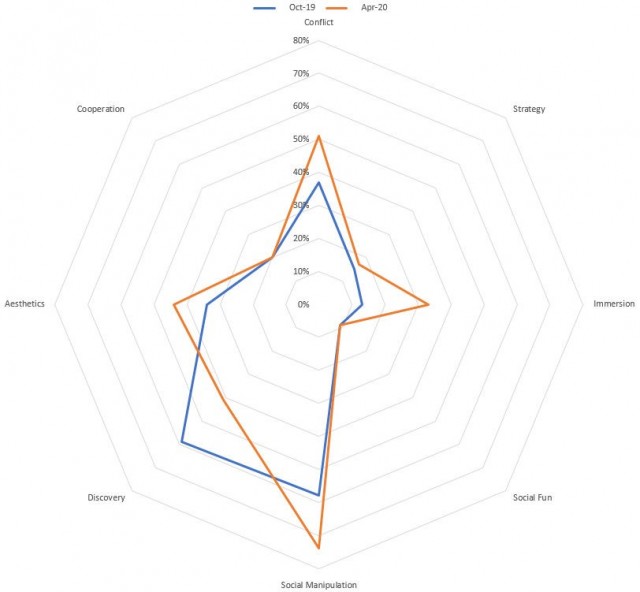 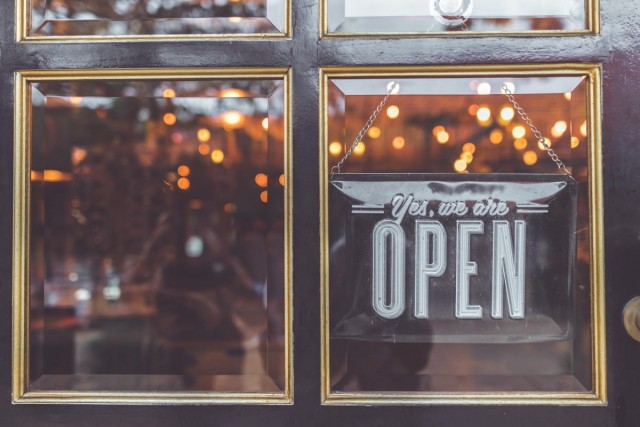 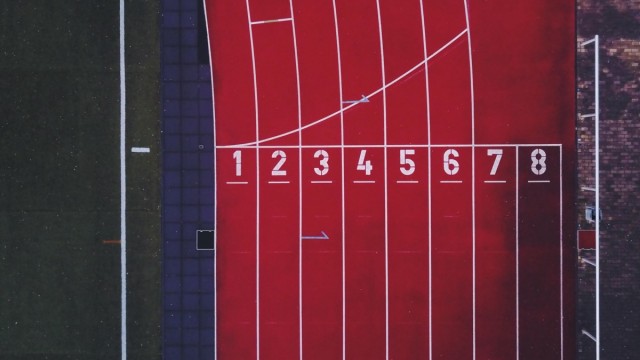 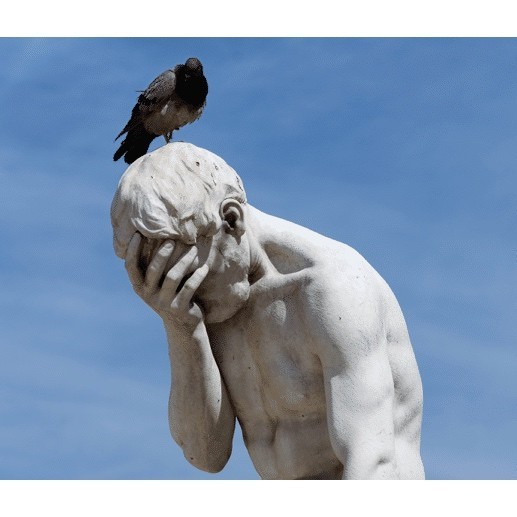 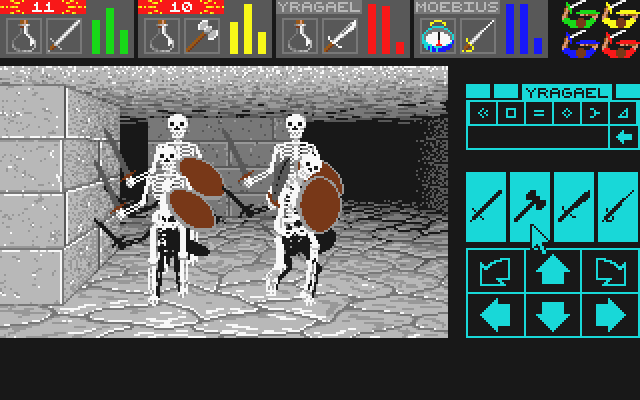 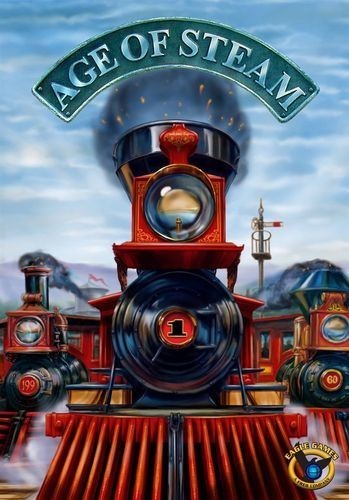 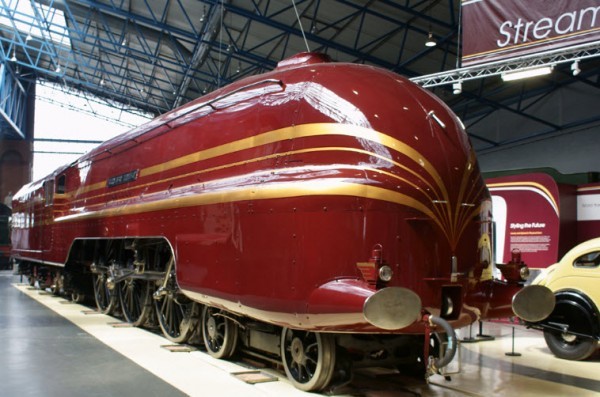 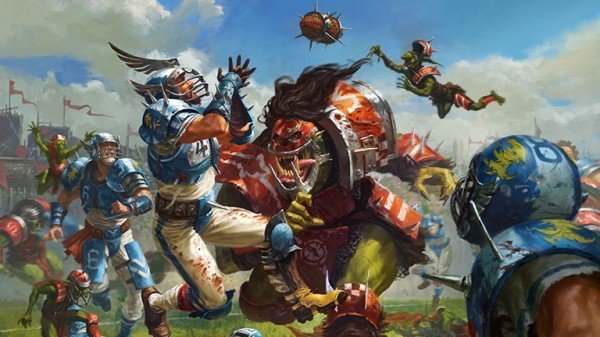 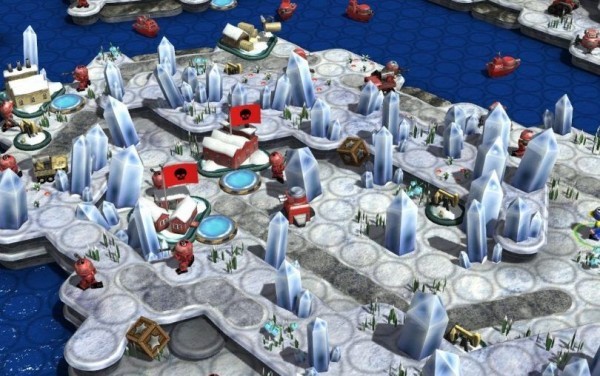 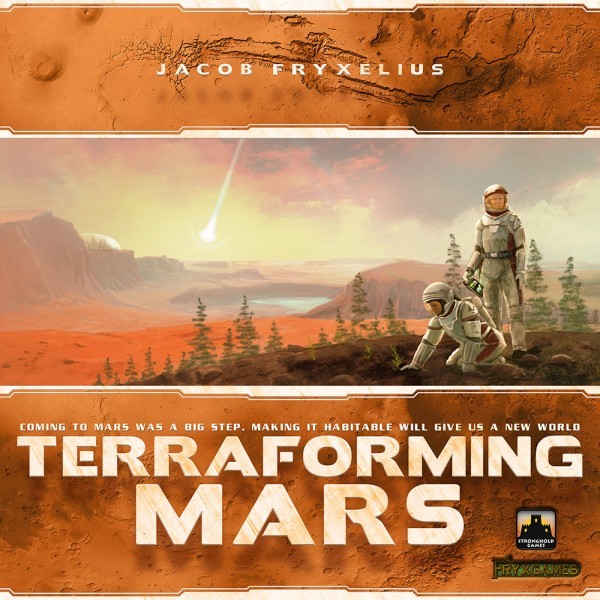 At times when I’m reading I unexpectedly wade into something much deeper than it initially appears. A turn of the page reveals a moment when the author suddenly stands on his head, and these are the moments that make it worthwhile.

“Clausewitz likened war to a game of cards rather than chess because he saw chance and uncertainty as being just as important as precise tactical calculation. More recently, it has become popular for scholars like Culham and Kagan to apply modern scientific concepts of nonlinearity and 'chaos theory' to warfare, just as Clausewitz had appropriated earlier scientific ideas such as 'friction' and a 'centre of gravity'. 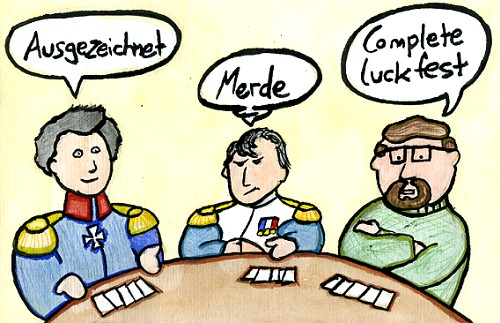 Although it might at first be thought that these notions of complexity and nonlinearity preclude any meaningful quantitative modeling of ancient battles, this is not in fact the case any more than the chaotic nature of individual weather systems precludes statistical generalizations about the climate in particular places and seasons. As Clausewitz insightfully recognized, certain kinds of games incorporate random elements that simply and quite effectively simulate the many unpredictable elements inherent in traumatic confrontations between thousands of individual combatants, without making the overall outcome a complete lottery independent of broader situational determinants such as the numbers, morale and generalship of the opposing armies. Purpose-designed conflict simulations are particularly good at capturing this blend of chaos and predictability, with the results obtained in individual trials varying very significantly due to differences in luck and player decisions, but with the overall pattern across a number of trials corresponding more closely to the designer's reasoned scholarly judgement of what factors most affected victory and defeat in the real engagements.”

This is from Philip Sabin's Lost Battles, a book on the history of ancient warfare. It's really the rule book for his ancients wargame system Lost Battles, but the actual rules reside within a 20 page appendix to the tome's hefty 300 pages. All that preceeds is explanation of why he designed the rules as he did. I haven't purchased the game. But I purchased the book as a Christmas present to myself and the paragraph above is worth every penny of the price I paid because: a) it so clearly explains concepts that I've been trying to elucidate for years, and b) it confirms to me just how uneducated I am on the subject matter. This is a gift I will learn from.

The man Sabin refers to, Carl Von Clausewitz, is probably best known for various approximations of his statement "no campaign plan survives first contact with the enemy." An admonition to military leaders to be prepared for anything, most people think it dates to the World War II era. But that’s short by a factor of three. Clausewitz was a Prussian officer in the early 1800s and had a better understanding of true game theory 200 years ago than most (if not all) people teaching in the field have today. In one way that’s a pretty big deal – the “academic” concept of game theory is only about sixty years old and pretty much consists of a handful of basic theories that describe how things work in very tightly bounded, controlled circumstances. I’d wager most of you reading this would recognize each concept taught in a 400 level college course on the subject. But those theories have been understood in their fuzzier forms far longer, and in much more practical ways. Clausewitz had insights well beyond the comfort zone of most modern game theorists.

"Clausewitz likened war to a game of cards rather than chess because he saw chance and uncertainty as being just as important as precise tactical calculation."

When a Prussian Military officer presents insight into battle mindset, it's probably worth your time to listen. Prussia was more of an army with a country than the other way around, and Clausewitz was Prussia's boy. His book Vom Kriege (“On War”) is a series of essays and analyses, many broken out by battle scenario so that your average Lieutenant Butterbars can whip a copy out on short notice when he's in a jam. Need to defend a river? There’s a chapter for that.

I have two degrees in mathematics and I've hung out with eggheads, people that think The Prisoner's Dilemma is a profound mathematical conundrum. In the clean room of a college textbook it’s an interesting question, but that’s pretty much where it ends. What I find frustrating about virtually all game theory texts (and my occasional discussions with mathematicians in person) is an almost allergic reaction to a fundamental real-world concept that Clausewitz understood -- "shit happens." Unpredictability and even true chaos are inseparable parts of reality, and Clausewitz could see them in the stronger similarities between the battlefield and card games than Chess, in spite of Chess’ more outwardly apparent theme and geometric concepts. Card games lack the dimensional and measure/countermeasure commonalities between battlefield and chess board, but they more closely approximate the flow of information unfolding in the commander's mind, the need to discover, the need to conclude, the need to adapt, the need to come to terms with the fact that your level of control has unavoidable limitations. Mathematical game theory sets this complexity aside.

Years ago I asked math teachers about Prisoner's Dilemma and its rather incomplete attachment to reality. “What if the two guys are brothers?” I asked. “What if the two guys worked out an agreement prior to the heist just in case they got caught? What if they hired a guy to ‘fix’ anybody who squeals?” It wasn’t a challenge but an honest question. At that point I knew enough to ask the questions but not enough to see there was no simple answer to fuzzy queries. I was attempting to press reality onto an elegant equation. The guys I asked those questions to (teachers at a fine American university) essentially surrendered – the one guy said, "it's pointless to try to model that; it's a unique situation." He didn’t say impossible or difficult (to be fair the others did,) he said pointless. When I didn’t let it drop he explained that any situation in the real world was going to include a lot of unpredictable circumstances that will affect the outcome, and at that point there’s no way to generally model the result. When bendable complexity presents itself, game theorists leave the field.

But Lieutenant Butterbars doesn't have that option.

Sabin continues -- “As Clausewitz insightfully recognized, certain kinds of games incorporate random elements that simply and quite effectively simulate the many unpredictable elements inherent in traumatic confrontations between thousands of individual combatants, without making the overall outcome a complete lottery independent of broader situational determinants”

An officer in the field gathers intelligence on the enemy, the ground, the local conditions, and the preparedness of his own troops before making the cold blooded decisions that put men at risk. His job demands that he decide. He needs to take some action, in spite of insufficient information and incomplete control. Indecisive officers are the kiss of death – effective leaders assess the limited, imperfect information available and make a selection in spite of the stress it induces in them.

I won’t pretend that what we do sitting at a Bridge table has near the gravity of real world events, but from a practical perspective it’s a better model for reality than the majority of what game theorists deal with in their academic lives. This isn't to denigrate the eggheads – my job description isn’t much different from theirs and they create foundational concepts that provide ballast for understanding the real world. It’s a valuable contribution. But alas, no mathematical concept survives contact with reality.

Here’s Sabin’s money line, describing a concept I've used in debates (though far more clumsily) both face to face with other gamers and in various discussion groups:

“Purpose-designed conflict simulations are particularly good at capturing this blend of chaos and predictability, with the results obtained in individual trials varying very significantly due to differences in luck and player decisions, but with the overall pattern across a number of trials corresponding more closely to the designer's reasoned scholarly judgement of what factors most affected victory and defeat in the real engagements.”

That’s one doozy of a sentence. Sabin is saying that, on any given play, a well designed game will favor the better player, but not guarantee him a win. The “across a number of trials” part is something that I’ve pressed a hundred times using baseball as my analogy -- an exceptional team will lose a third of its games not because they’re worse than those they lose to, but because . . . well . . . shit happens. There’s a lot of unpredictability in baseball. Sabin is erudite enough to call it “results obtained in individual trials varying significantly” but the concept is the same.

A game like Bridge or Pinochle in many ways is a much better model of reality (particularly for Clausewitz’s line of work) because it presents an unpredictable, unfolding drama. 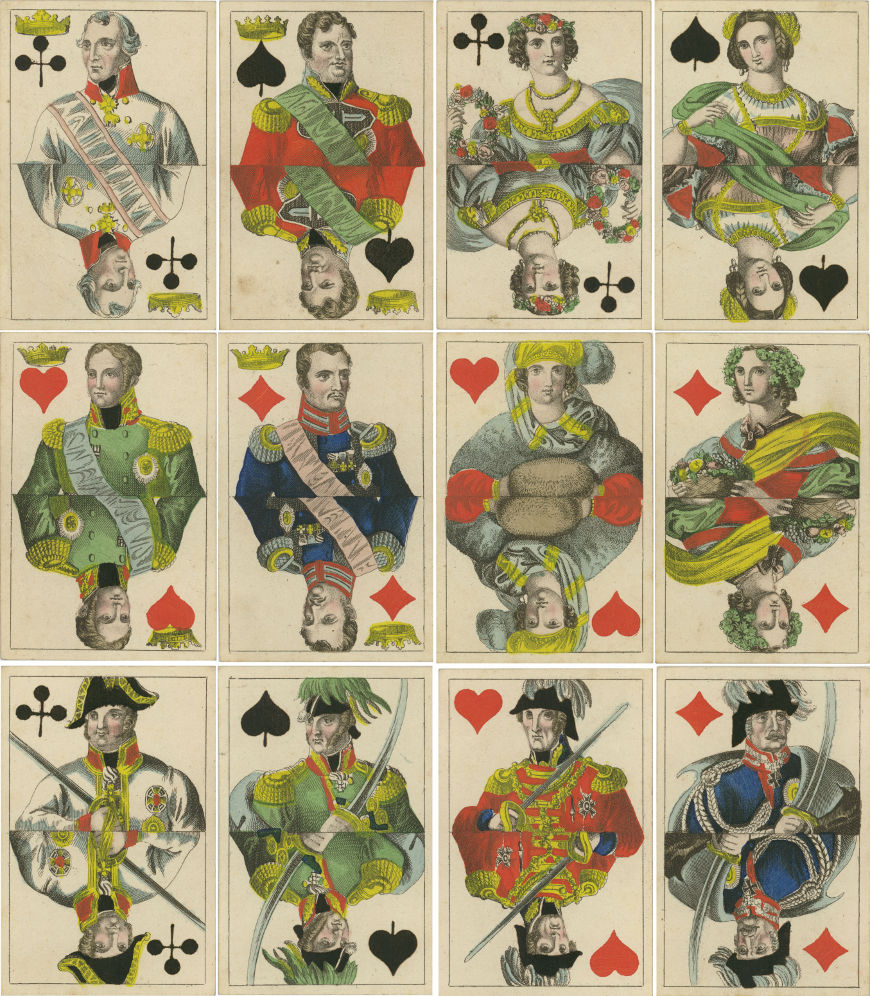 You undertake early actions tentatively as you attempt to gather information, press mid-game actions with solid insights into conditions, then wring out the last few drops of reward in the full understanding of endgame. This is a model for real-life complexity, where full understanding (if achieved at all) is only available in the rear-view mirror. This is largely how we live our lives.

It’s also the kind of gaming I prefer. I’d much rather sit down to Pinochle than Chess, where information unfolding over time provides surprises. It also provides for a broader scope of learning. Likely I’ll lose thirty percent of my hands, or fifty, or seventy, but I’ll take joy from my wins and lessons from my losses and drop the exact same deck of cards on the table the following week to challenge all-comers to a rematch. In a few years I'll have a reasonable assessment of how well I play, and that's plenty soon enough for me.

John aka Sagrilarus is an old boardgame player. He has no qualifications to write on the subject, and will issue a stern denial of his articles' contents on short notice if pressed.